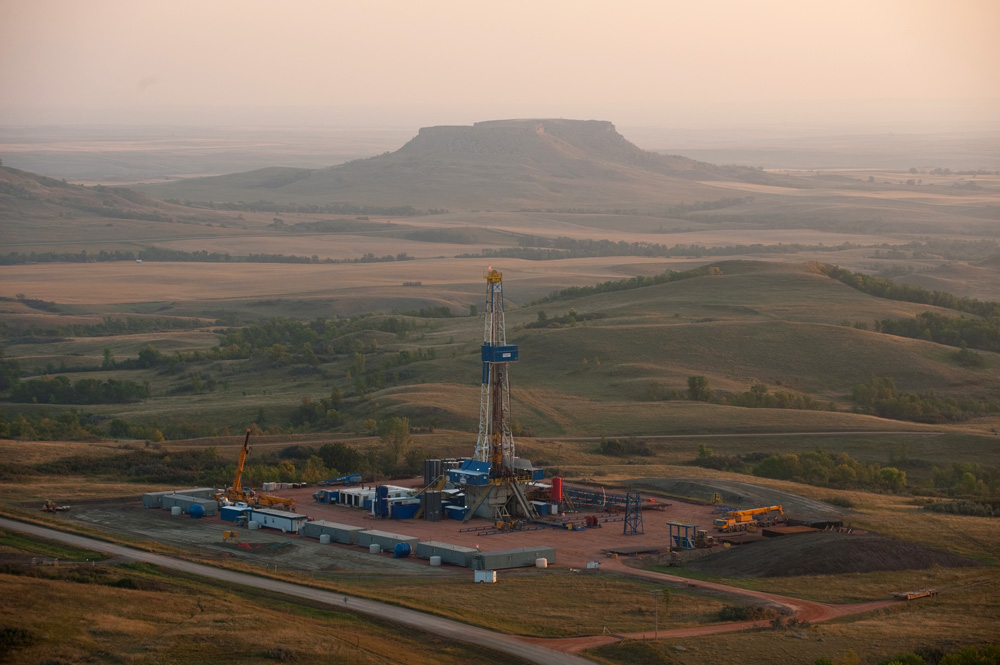 Rights to public land across North Dakota continue to be leased off by thousands of acres as the oil boom draws more interest.

Houston-based Marathon Oil Company purchased a majority of the leases on roughly 8,560 acres of land in North Dakota that will be used for gas and oil development.

Schlanker said he plans on developing 145,000 acres of land in the Bakken region for oil and gas drilling. He expects to start drilling on his newly leased land in the next month.

A representative from Herco LLC said his company bought 520 acres on Little Missouri National Grasslands for a client who wished to remain confidential.

Representatives from Marathon and Bismarck-based Cody Exploration LLC declined comment on their purchases.

Marathon submitted the highest bid for land in North Dakota, more than $353,000 for access to 640 acres of national grasslands.

The federal government and states share revenue from lease sales, as well as 12.5 percent in production royalties.

Leases are rewarded for a period of 10 years and as long as there is production in paying quantities after that time. The bureau analyzes potential environmental effects caused by oil and gas development before lease sales, according to a release.

Once an company proposes exploration or development on a federal lease, further environmental analysis is conducted to limit environmental impacts under the National Environmental Policy Act, according to the bureau.