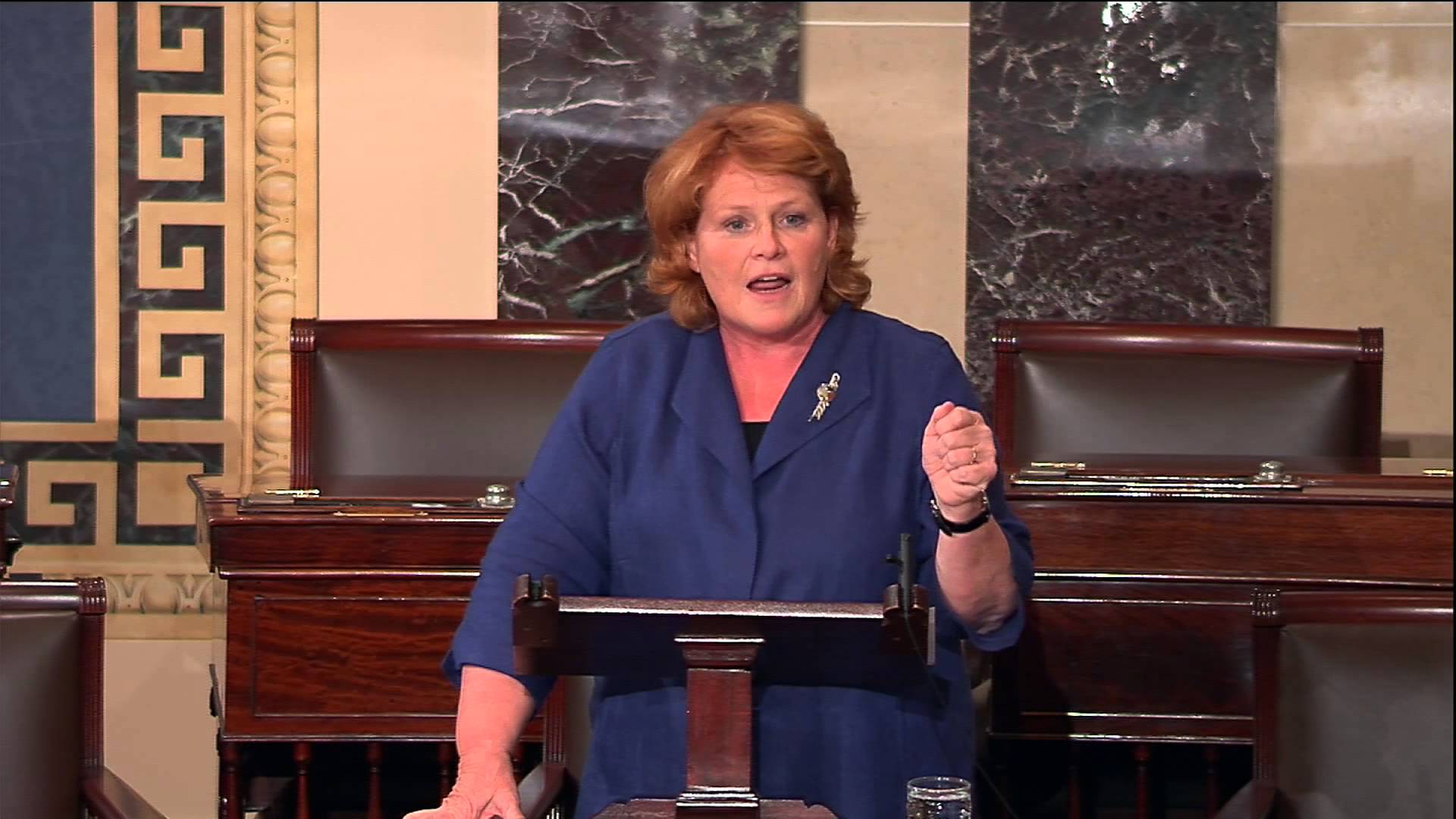 Phil Taylor, E&E reporter
Published: Tuesday, February 10, 2015
A new bill by Sens. John Barrasso (R-Wyo.) and Heidi Heitkamp (D-N.D.) would streamline permitting of natural gas gathering lines on federal and Indian lands that could help reduce flaring of natural gas and boost federal royalties.
The bill, which is backed strongly by oil and gas drillers in the West, would set 90-day deadlines for the Interior Department to approve rights of way and permits for gathering lines and gas compressors on public lands, and would stipulate that some may be categorically excluded from National Environmental Policy Act reviews.
It comes as the Bureau of Land Management prepares a rule to reduce the amount of venting and flaring that occurs on federal leases, a move that could boost domestic production and royalties and reduce some greenhouse gas emissions.
Industry has complained that BLM is too slow to permit the gathering lines it needs to economically capture gas associated with oil wells and get it to interstate pipelines. In the absence of infrastructure, companies are seeking major increases in permits to vent or burn the gas without paying royalties (Greenwire, Nov. 4, 2014).
“In North Dakota, we can do more to reduce flaring and fugitive methane emissions, and harness more of our natural gas,” Heitkamp said in a statement. “But too many permit requests to gather unprocessed natural gas have been met with federal delays — and that’s exactly what our bill works to change.”
The bill, which is also co-sponsored by Sens. Mike Enzi (R-Wyo.) and John Hoeven (R-N.D.), would apply to gathering lines that carry unprocessed gas from the wellhead to natural gas processing plants, where it is separated into products like methane, ethane and propane and sent to market.
It calls for categorical exclusions to approve gathering lines located within existing corridors or disturbed areas and within an area where such development has already been analyzed. The projects are to be approved within 90 days unless they are found to violate the Endangered Species Act or National Historic Preservation Act.
The Denver-based Western Energy Alliance, which represents companies that explore and produce oil and gas on BLM lands, “wholeheartedly supports this bill,” said Kathleen Sgamma, the group’s vice president for government and public affairs.
“Companies can’t capture the associated gas from oil wells if the government won’t let them install the gas gathering lines to do so,” she said. “It’s that simple.”