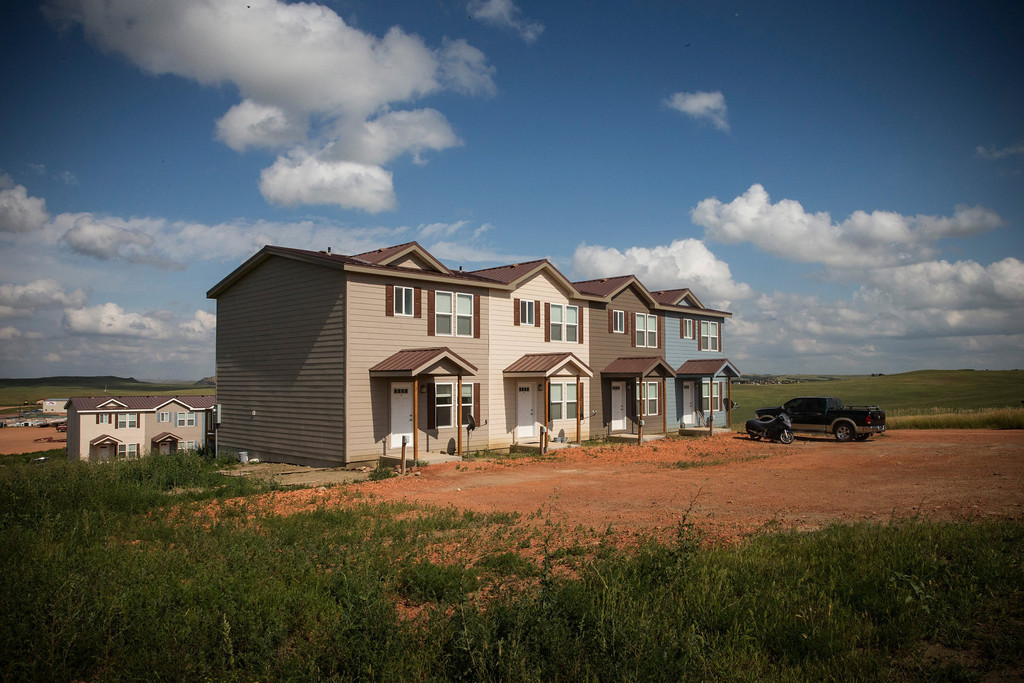 [colored_box color=green]25 New townhouses are seen next to a highway, in the middle of nowhere, on July 29, 2013 south of Watford City, North Dakota. North Dakota has been experiencing an oil boom in recent years, due in part to new drilling techniques including hydraulic fracturing and horizontal drilling. (Photo by Andrew Burton/Getty Images)[/colored_box]

Another Bakken Shale boomtown has rising concerns over falling crude prices and the subsequent fallout for thousands of construction projects for housing.

Watford City, N.D.’s growth since 2009 has outpaced even Williston, the epicenter of the Bakken Shale formation, but now investors are warily eyeing the current market while soldiering on with housing construction projects.

“A person would have to be somewhat blind to not be worried,” said Kent Roers, a Minneapolis-based investor who with his younger brother Brian has built 200 apartments in Watford City.

Any fallout from stagnant job growth and a sluggish crude market will hit small to midsized investors. Banks are retreating from financing projects.

“I wouldn’t, and we’re not, investing additional dollars out there,” said Shane Bauer, president of the Wisconsin-based First Bank of Baldwin, which has invested $8 million in various Bakken housing construction projects. “We just want to see things level off.”

But a down cycle in property values and construction isn’t a certainty. State officials believe that companies can profitably operate with $50 per barrel and even with low prices have already established permanent jobs servicing all wells already built (Eliot Brown, Wall Street Journal, March 17). — KS