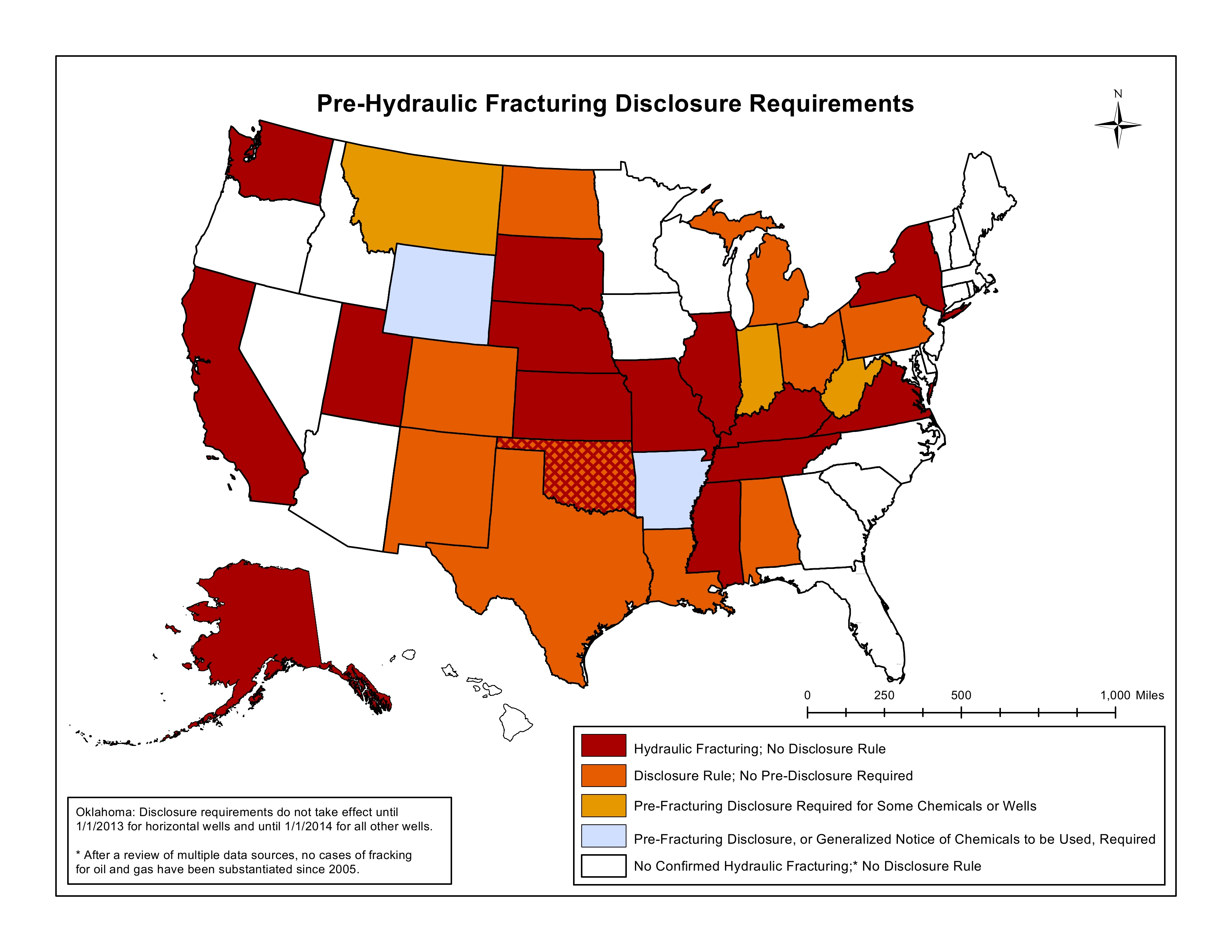 Specified as the conduit for reporting chemicals used in hydraulic fracturing (fracking) operations in a number of states, such as North Dakota, where the use of fracking has been extensive, California officials nevertheless are creating an alternative third-party registry as part of draft fracking rules that were revised this month (see Shale Daily, June 18).

But what California officials are finding lacking because the state’s rules apply to all well stimulation activity — not just fracking — North Dakota’s chief oil/gas regulator, Lynn Helms, director of the Department of Mineral Resources (DMR), strongly supports in FracFocus, which his state has required oilfield operators to use since 2012.

“The [California] legislature had some concerns about FracFocus’ search-ability as well as how thorough its data was,” said Jason Marshall, chief deputy director at the Department of Conservation and its Division of Oil, Gas and Geothermal Resources (DOGGR), which regulates oil/gas activities throughout the state.

California’s fracking law (SB 4) mandated that Marshall’s agency develop a new online disclosure tool. The state now has 15 to 18 months to develop that system, which will be housed in DOGGR, said Marshall, adding that as a state government entity “we don’t build IT systems very fast.”

In the interim, Marshall said California is using a hybrid of FracFocus, but operators are required to also provide the state with additional information beyond what FracFocus collects. All of the information is posted on the DOGGR website (www.conservation.ca.gov/). Under the state’s revised rules, operators will provide DOGGR with all the information.

“FracFocus does not list acid-related jobs; it is all about hydraulic fracturing, and California’s law relates to multiple types of well-stimulation treatment,” Marshall said. “That was one of the gaps of FracFocus that prompted the legislature to tell us to build our own system.”

In response to a question about the U.S. Environmental Protection Agency’s (EPA) proposed rulemaking calling for FracFocus to be replaced, North Dakota’s Helms said he plans to urge the state Industrial Commission to respond in support of FracFocus to the EPA. Helms reiterated that the state adopted FracFocus for its reporting mechanism in 2012 and has been satisfied with it.

EPA’s proposal is “ill advised,” according to Helms, who said he was a strong supporter of FracFocus. An environmental group, Earthjustice, urged EPA to re-think the use of FracFocus (seeShale Daily, May 9).

One criticism of the online registry is that its data is on an individual well-by-well basis, so it is not easily aggregated to give a regional or industry-wide picture, Helms said. “But that was never the purpose of chemical disclosure,” he said. “The purpose was so individual citizens could see what was being used near your home and community.”

“There are groups that claim there should be no trade secrets claimed, but North Dakota doesn’t agree with that. First, trade secrets are permitted under the law in this country, and second, trade secret protection is sometimes necessary for companies to develop new, safer, cleaner mixtures.

“So if we deny trade secret protections for those doing research, there would not be the incentives needed to discover the improvements.”