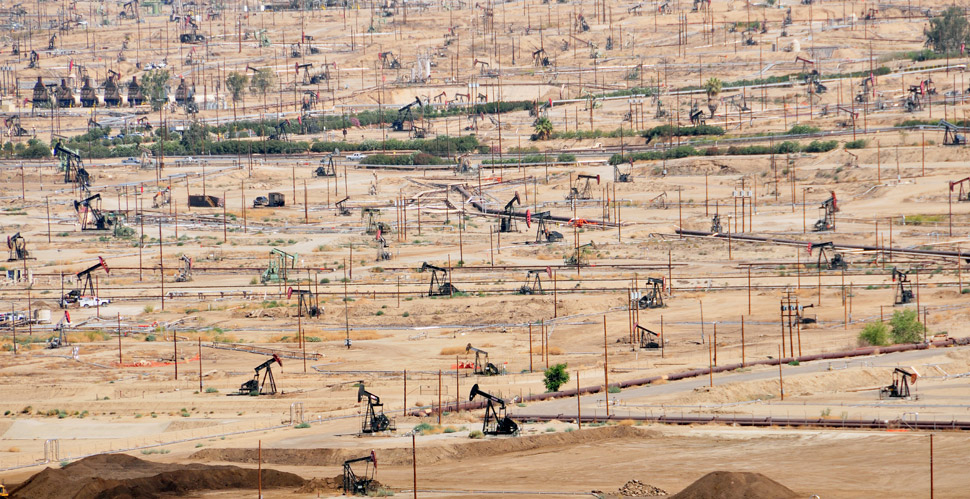 Last July, the U.S. Environmental Protection Agency (EPA) ordered anemergency shutdown of 11 wastewater injection wells in California. In October, nine of the wells were confirmed to have been illegally dumping wastewater into protected aquifers.

Now a letter from Steve Bohlen, the State Oil and Gas Supervisor for California’s Division of Oil, Gas & Geothermal Resources (DOGGR), sent to theEPA on August 18, 2014 but just revealed via a Freedom of Information Act request, shows that the problem is much more widespread than previously disclosed to the public.

A copy of the letter was shared with DeSmogBlog by the Center for Biological Diversity. “EPA has confirmed to us and to the San Francisco Chronicle that Steve Bohlen’s list shows 532 wells believed to be injecting into protected aquifers,” according to Patrick Sullivan, a spokesperson for the CBD.

Under federal law, any aquifer with water that contains less than 10,000 parts-per-million of total dissolved solids (such as salt and other minerals) is protected. Sullivan told DeSmog that the 532 wells are all injecting wastewater into water that is either cleaner than 10,000 ppm TDS or with unknown TDS.CBD has mapped all of the injection wells in question.

“We know that at least 170 of these wells were drilled into aquifers with TDSof below 3,000 — which means they are suitable for drinking water,” Sullivan says. “Hundreds more are injecting into aquifers below 10,000 TDS, which is water that likely could be made usable.”

In response to the revelations, CBD sent a letter to the EPA demanding an immediate shutdown of all oil industry injection wells in the state that are injecting wastewater into protected aquifers.

“Because the state has failed to protect our water or uphold the law, action by the EPA Administrator is legally required,” the letter states. “In the midst of an unprecedented drought and when so many Californians lack access to safe, clean drinking water, it is outrageous to allow contamination of drinking and irrigation water to continue.”

According to the San Francisco Chronicle, which has also reviewed the data provided by DOGGR to the EPA, there are no signs yet that any sources of drinking water have actually been tainted, but the EPA is poised to step in if necessary because the state has had decades to fix the problem and has failed to do so:

Oil companies in drought-ravaged California have, for years, pumped wastewater from their operations into aquifers that had been clean enough for people to drink.

They did it with explicit permission from state regulators, who were supposed to protect the increasingly strained groundwater supplies from contamination.

Instead, the state allowed companies to drill more than 170 waste-disposal wells into aquifers suitable for drinking or irrigation, according to data reviewed by The Chronicle.

So far, tests of nearby drinking-water wells show no contamination, state officials say. But the federal Environmental Protection Agency, which helped uncover the practice, is threatening to seize control of regulating the waste-injection wells, a job it has left to California officials for over 30 years. The state faces a Feb. 6 deadline to tell the EPA how it plans to fix the problem and prevent it from happening again.

Oil industry wastewater is extremely briny (saltier even than seawater — so salty it can kill plants) and typically contains a variety of toxic chemicals associated with the oil production process. Given that hydraulic fracturing (a.k.a. fracking) has been used by half of all new wells drilled in Californiaover the past decade, this wastewater is also increasingly likely to contain fracking chemicals that have been linked to cancer and other severe health problems.

Given that California is entering into a fourth year of epic drought, it would certainly seem prudent to rein in the oil industry’s waste stream once and for all.