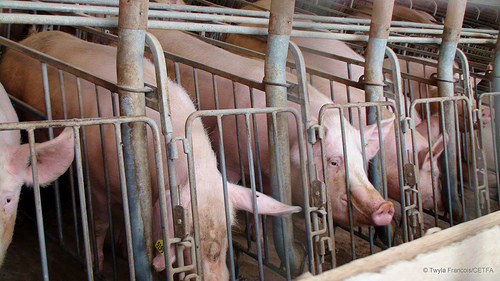 On Monday, February 6, East Central District Court in Fargo will hear the Concerned Citizens of Buffalo’s legal challenge to the State Health Department permit for a 9,000 hog Concentrated Animal Feeding Operation near the town.

WHO:         Concerned Citizens of Buffalo, North Dakota vs.
North Dakota Department of Health and Rolling Green Family Farms RE, LLP

Prior Articles On This Issue: