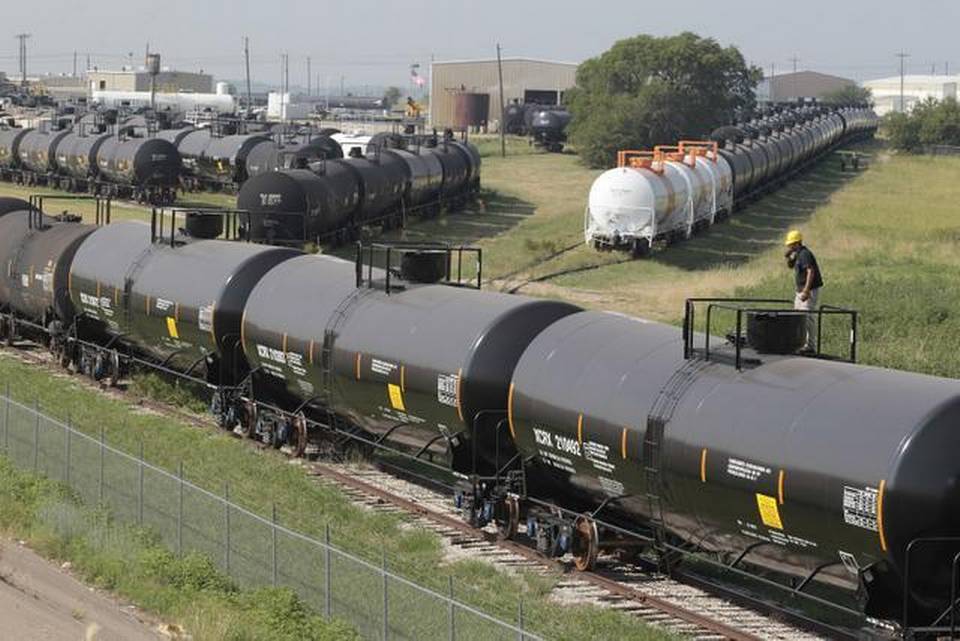 Oil producers’ rush to the rails has tapered off in recent months, dragging thousands of crude tank cars off the tracks in North Dakota’s Bakken Shale play.

Rail industry and government data show that shippers have lost some of their appetite for railing crude out of the Bakken amid increased pipeline capacity, a sustained oil price slump and slimmer discounts for inland crude.

“I think the high point for crude by rail is probably behind us,” said Foster Mellen, a strategic analyst at Ernst & Young’s global oil and gas center. “But I’m not looking for it to fall away — it’s going to remain a vital part of the transportation system simply because we’re not going to build pipelines to go from North Dakota to the East Coast or the West Coast.”

BNSF Railway Co. and Canadian Pacific Railway Co. moved 61,480 tank cars along their networks for the week ending April 4 — 8,000 fewer cars than their combined peaks last fall, according to data filed with the Surface Transportation Board.

BNSF and CP are the two biggest railways serving North Dakota’s oil-rich Bakken Shale play, with BNSF accounting for the lion’s share of energy-related business there.

The U.S. freight rail industry recently marked the first significant dip in petroleum shipments in years. Rail-bound movements of oil and refined products fell by 7 percent last month compared with March 2014 levels — a 4,000-carload drop, according to data from the Association of American Railroads.

The slowdown could bring headaches for BNSF, which “derives a significant amount of revenue from the transportation of energy-related commodities,” the railroad’s parent company, Berkshire Hathaway Inc., noted in its annual report to the U.S. Securities and Exchange Commission. “Low natural gas prices or oil prices could impact future energy-related commodities demand.”

The report, filed last month, added that rail safety regulations were another potential risk to BNSF’s business. The U.S. Department of Transportation is expected to publish rules next month to boost tank car standards and change crude-by-rail operating procedures in response to a spate of recent oil train derailments and fires.

EY’s Mellen called the uncertainty surrounding the crude-by-rail rule “one more straw on the camel’s back here.”

“It’s not making it any easier — it is making it more difficult and more expensive for people to ship crude by rail.”

BNSF spokesman Mike Trevino declined to comment on how crude is performing beyond what the company said in recent regulatory filings.