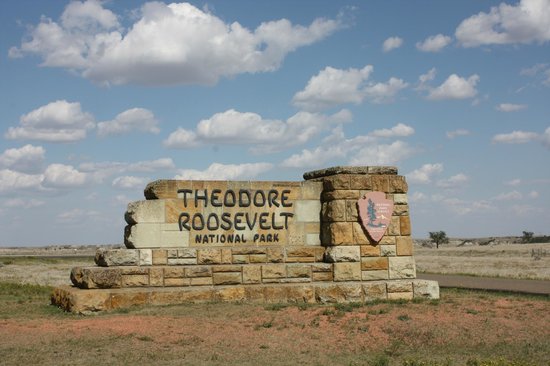 BISMARCK—An air quality permit has been issued for an oil refinery that has drawn opposition for its proximity to Theodore Roosevelt National Park, the North Dakota Department of Health announced Wednesday, June 13.

But Meridian Energy is facing potential appeals or legal challenges from multiple fronts, as conservation groups said Wednesday they are reviewing the permit and weighing their next steps.

The air quality permit, considered the biggest hurdle for the refinery, was granted following a review that lasted more than a year and attracted more than 10,000 public comments.

“Emissions from the facility are expected to comply with all applicable federal and state air quality regulations,” he said.

A spokesman for Meridian said the company intends to begin construction near Belfield “very soon,” with the project expected to take 18 to 24 months.

The National Parks Conservation Association, the Environmental Law & Policy Center and the Dakota Resource Council called health regulators’ action “a failure to protect” the national park, which is about 3 miles from the refinery site.

The Dacotah Chapter of the Sierra Club is reviewing the possibility of an appeal or legal challenge, said conservation organizer Wayde Schafer.

“We really strongly believe that’s the wrong place to put an oil refinery,” Schafer said. “Theodore Roosevelt National Park is a state and national treasure. We’re hoping to keep as much industrial development away from it as possible.”

Jim Arthaud, chairman of the Billings County Commission, which approved a conditional use permit for the refinery, said he’s confident in the department’s review.

“I think the health department, in my opinion, did a good job, and they’re the experts,” Arthaud said. “We’re supportive of an industry that complies with all laws and standards and doesn’t have a major impact on our county.”

Anyone can file an appeal of the permit within 30 days, O’Clair said. The appeal would first be reviewed by the health department and could go to district court.

Unless a court were to issue an injunction, the company could proceed with construction while an appeal is pending.

“Obviously, it’s at their own risk,” O’Clair said.

Before starting operations, Meridian will need to demonstrate that the facility meets air quality regulations to get a permit to operate from health regulators.

In addition, Meridian will need a wastewater permit from the health department’s Division of Water Quality. Division Director Karl Rockeman said the company has not submitted an application.

Meanwhile, a challenge to a water permit that was recommended by State Water Commission staff is yet to be resolved. The matter has been assigned to an administrative law judge, with the hearing recently postponed to October.

A Meridian spokesman said the water permit review will not affect the company’s timeline for construction.

The Dakota Resource Council is challenging the refinery’s local zoning permit with a lawsuit filed Wednesday against Meridian Energy.

In addition, the group alleges that Meridian significantly changed plans for its refinery since obtaining the county permit but failed to apply for a new permit under the revised plans.

The complaint is filed in Burleigh County District Court.

A Meridian spokesman said the company had no comment on Wednesday.

Swanson, tax and zoning director, said the county’s position is the one-year timeframe starts now that the health department has approved the air quality permit.

“At the time of application, everybody knew that it was going to take longer than a year to get an air quality permit from the state,” Swanson said.

In addition, the changes to the facility plans do not affect the zoning permit, she said.

The health department’s permit is for a refinery that can process 55,000 barrels of oil per day, a threshold that prompted renewed calls on Wednesday for the Public Service Commission to get involved.

Refineries that process 50,000 barrels per day are required to get a permit from the PSC, which conducts a comprehensive siting review.

Meridian has said it intends to construct a refinery to process 27,500 barrels per day with the possibility of expanding in the future. But its application to health officials stated a capacity of 55,000 barrels.

Linda Weiss, chairwoman for the Badlands Area Resource Council and a nearby resident, said she’s worried about the cumulative impact of multiple industrial facilities in the area and called on the PSC to require Meridian to apply for a siting permit.

Jan Swenson, executive director for the Badlands Conservation Alliance, said she thinks the health department permit opens the door for the PSC to get involved.

“It’s beyond their threshold. We would certainly like to see some state entity or some state leader show the gumption to stand up against what is a bad idea,” Swenson said.

The final permit, comments and the response to comments are available at https://deq.nd.gov/AQ/permitting/PTCInProgress.aspx#Meridian.