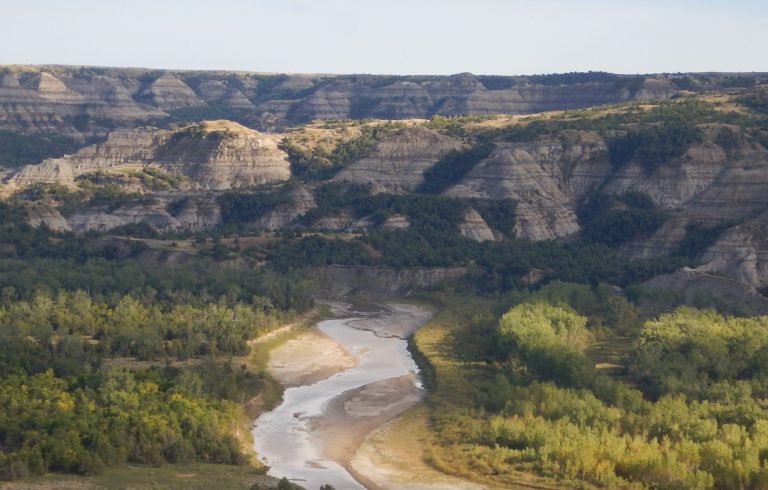 The developers of the proposed Davis Refinery near Belfield tout the project as the “cleanest refinery on the planet,” but are often short on details or lack final design plans.

The North Dakota Department of Health, which is reviewing an air quality permit, isn’t taking the company at its word. The agency recently asked for more data and documentation to back up claims about the technology Meridian plans to implement.

In a letter to the company, the department said there was no data showing that the estimated emissions levels of a number of pollutants had been achieved at an existing refinery or maintained.

Meridian has filed for a synthetic minor source permit, meaning the facility would emit less than 100 tons annually of pollutants, such as sulfur, nitrous oxide, methane and carbon monoxide, and less than a combined 25 tons annually of hazardous air pollutants, including benzene, cyanide, arsenic and mercury.

A major source permit would require more scrutiny and approval by the Environmental Protection Agency.

Currently, the company is being asked to provide examples of how the proposed emissions controls have been used previously, with similar fuel sources and at similar levels, said Terry O’Clair, director of the health department’s Division of Air Quality.

O’Clair said the company is still submitting documentation but one example provided includes stack tests results from other refinery process heaters that indicate the proposed emission limits are achievable.

“As the department’s review continues, we continue to provide further documentation in response to questions,” Meridian CEO William Prentice said in a statement. “Meridian is committed to assuring the accuracy of the data and designs that are submitted and the proposed emissions control technology being proposed.”

The company said the emissions information and supporting data are based on other recent projects and from equipment manufacturers, and the combination of a number of these technologies is what will keep the plant clean.

O’Clair said an air quality application review typically takes from a few weeks to several months, depending on the source and its complexity.

Following health department review, there will be a 30-day public comment period. In the case of the Meridian facility, the department also plans to hold a public hearing, probably in Medora or Dickinson, O’Clair said.

The EPA and the National Park Service can weigh in during the comment period. The department then reviews all comments and testimony prior to making a final decision.

Should the permit be granted, the health department would continue to run performance tests throughout the life of the refinery to ensure compliance.

With few options for water available, Meridian proposes to withdraw water from deep underground and treat it for use in the refinery.

A decision is expected soon from the State Water Commission, which is considering Meridian’s application to withdraw water from the Dakota Formation, about 5,000 feet below ground.

In that area, the brine formation is unsuitable for drinking water but is less salty than produced water that comes from oil wells. It’s also the same underground zone that oil companies use to inject produced water and wastewater from hydraulic fracturing.

The company requested to withdraw 400 gallons per minute for use in the refinery.

Hydrologist Kimberly Fischer, who is reviewing the application, said the agency bases its decision on impact to the aquifer. She has reached a recommended decision that is being reviewed by her supervisors.

“We don’t expect there to be very much impact to the Dakota Aquifer,” Fischer said.

The decision won’t be final or available to the public until the state engineer approves it.

It is not under the Water Commission’s jurisdiction to regulate how the water will be treated and how any waste would be handled.

Meridian told the Water Commission it plans to use reverse osmosis to treat the water for use in the refinery, including for cooling and steam generation.

Prentice said the company has basic information about the water quality of the Dakota Formation, but has not yet drilled a test well to get site-specific information. That is expected in the next few weeks, he said.

Depending on how the company plans to dispose of wastewater, it may require an additional permit from the North Dakota Department of Health.

Linda Weiss, a member of the Badlands Area Resource Council, said she has a lot of unanswered questions about the water and potential waste the treatment process will create.

“What happens to the water that doesn’t get used? Where does that go then? Does it get piped? Does it get trucked? That hasn’t been answered,” said Weiss, who lives north of Belfield.