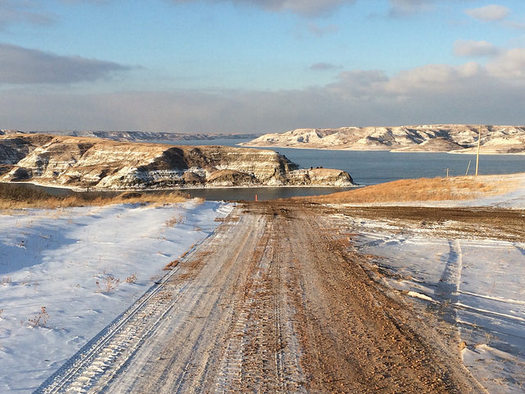 BISMARCK, N.D. – A documentary premiering at the Black Hills Film Festival this week will feature the lives of North Dakotans disrupted by oil pipelines. The film “This Land” takes a look at the effects of pipelines up and down the Midwest.

In the Bakken region, the film focuses on a pipeline near the Fort Berthold Indian Reservation, which in 2014, spilled more than a million gallons of saltwater, a byproduct of oil operations.

Lisa Deville is president of Fort Berthold POWER, a group that advocates for more protection of air and water in the region. She and her husband are in the film, speaking about the 2014 spill, which happened about five miles from their home in Mandaree. She says the pipeline company Crestwood Equity Partners didn’t help clean up the spill.

“Crestwood is the one that gave our tribe a million dollars and a head start here in Mandaree but did no cleanup,” she says. “They say they cleaned it up at the time when it happened, but when you go back there, everything’s still dying. Nothing has been remediated.”

“This Land” will be screened on Saturday in Hill City, South Dakota. It also looks at pipelines along the Texas and Mexico border and in Alberta. It features commentary from environmentalist Bill McKibben and was directed by Alan Thompson.

Deville says North Dakotans deserve more say on pipelines, especially given the risk of spills. She says the pipelines should be more closely monitored as well.

“I’m not saying I’m against oil,” she notes. “I’m just saying that I would really like responsible oil where you have leak detectors, all that, to make sure that our land is protected – the only land that we have left. The government put us on this Fort Berthold Reservation, I was born and raised here and I live with oil and gas. So that’s why it’s important.”

There will be information on the release of “This Land” after its screening at the Black Hills Film Festival.