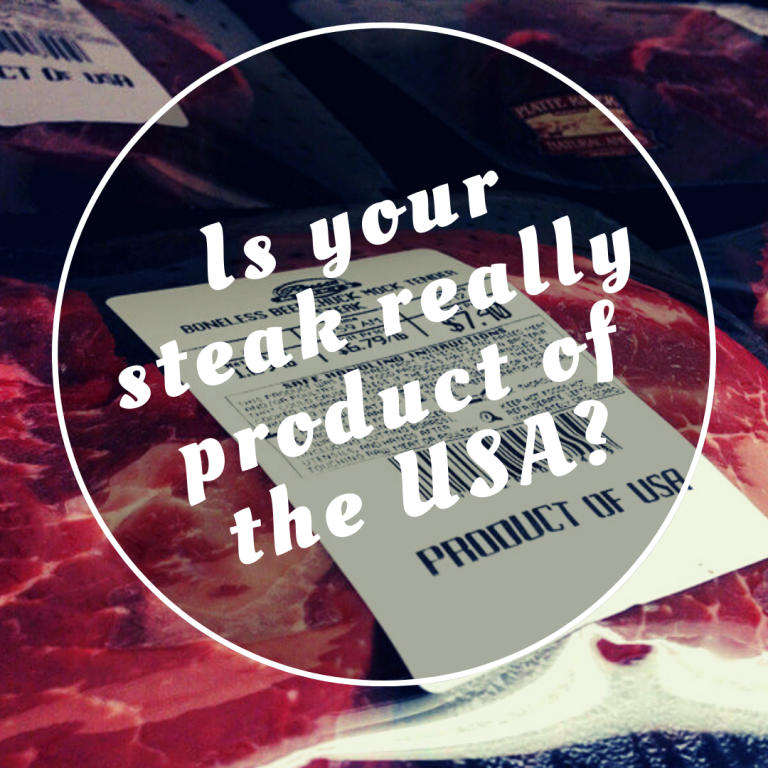 January 24th through the 28th was a DRC and WORC week of action to pressure members of the senate to support or cosponsor Senate Bill 2716, The American Beef Labeling Act, a bill which would reimplement Mandatory Country of Origin Labeling (MCOOL.) The American Beef Labeling Act was introduced last year by a bipartisan group of senators which swelled to 10 senators co-sponsoring the bill, including John Hoeven (R-ND). Kevin Cramer (R-ND) has remained silent on the issue. DRC members along with members of the Independent Beef Association of North Dakota (IBAND) emailed and called Cramer Over 100 phone calls were made by our members over the week and numerous media outlets covered our efforts, including a segment on the Joel Hietkamp show.

Our efforts paid off and DRC member David Schwalbe and Independent Beef Association of North Dakota (IBAND) member Rod Volk were invited to meet in person with Senator Cramer. The Farm Bureau, and the Stockman’s Association were also invited to discuss MCOOL. The ND Farmers Union was invited, but could not attend the meeting due to the weather.

In that hour-long meeting, Cramer stated that this was a fact finding mission to get our side of the MCOOL issue and that he had not made up his mind yet on how he would vote. Everyone had time to tell Sen. Cramer their thoughts about MCOOL and ND’s beef industry. When asked about the meeting, DRC Member David Schwalbe stated,

“I hope the one message that we conveyed to Senator Cramer is that consumers are as important as the producer. No consumers, no beef industry. Consumers have been targeted by various special interests that want to do away with the industry, and if the cattle community doesn’t stand together, they will fall divided. Reinstating MCOOL would help bring back the confidence in beef as a good, clean, safe, healthy food.”

IBAND representative Rod Volk said, ”If you look at the financial end of beef production, there is a lot of data to prove that our current beef labeling requirements are costing more than if we were paying tariffs on import-export products. We’re leaving money on the table if we don’t pass the American Beef Labeling Act.”

Instead of the Farm Bureau’s tired rhetoric that the World Trade Organization (the international trade organization that pressured the US government to rescind MCOOL due to a lawsuit filed by Canada and Mexico claiming unfair trade practices) needs to be dealt with, or the Stockman’s Association’s overly complicated and confusing system of multiple labels. DRC and IBAND argued that the WTO will be dealt with by passing this legislation, and that MCOOL is a better and more simple approach than the Stockman’s Association suggests. We had a good discussion. The Senator asked questions and was open to our views. Although Senator Cramer didn’t say whether he would sign onto the bill or not, we gave him strong reasons why he should.

DRC and IBAND thank Senator Kevin Cramer for taking time to listen to us about the beef industry’s need for MCOOL .

If you agree that reinstating MCOOL is important, and you haven’t done so yet, call Senator Cramer at (701) 699-7020 to reach the North Dakota office to ask him to support Senate Bill 2716 The American Beef Labeling Act. Producers and Consumers have the right to know where their beef comes from!

We would also like to thank all members that called Senator Cramer , it was your work that forced this meeting to happen.