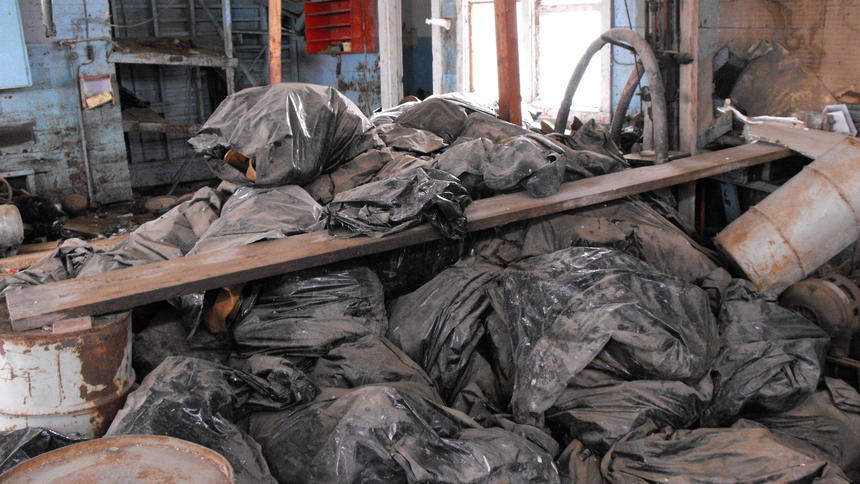 Bismarck—Dakota Resource Council and the North Dakota Energy Industry Waste Coalition (NDEIWC) demanded today to see the draft study regarding the safety and handling of radioactive oil field waste in North Dakota. The study, which was recently completed by Argonne National Laboratories on behalf of the North Dakota Department of Health, was officially commissioned in July of last year.

Darrell Dorgan, Bismarck and a leader of NDEIWC, said, “Because there has been a continuous pattern of the fox guarding the hen house in the relationship between the state Health Department and the oil industry, it is critically important that state officials do not hide the findings of Argonne National Laboratories about acceptable levels of cancer causing radioactive waste.”

Linda Weiss of Belfield and the chairperson of the Dakota Resource Council Board of Directors said, “Not only has the current state Health Department management allowed radioactive waste to be illegally dumped all across western North Dakota for eight years, but they also they began closed door talks with the oil industry over a year and a half ago about how to let the oil industry dump higher levels of cancer causing radioactive waste in the state.”

“A public look at the original Argonne report might prevent more oil industry and state official collusion to make it fit their own wishes,” Weiss said.

“For the Department of Health to rely on the North Dakota Petroleum Council for a study on how to best regulate the same waste being illegally dumped by the oil industry screamed of a clear case of conflict of interest,” said Dorgan.

As a result, the Department of Health decided to contract with Argonne National Laboratories for the study. This week state Health Department officials said that they received the study from Argonne, but they are not releasing it to the public until they make changes.  Members of DRC and NDEIWC take issue with the continuous secretive nature of the department’s work on oil-related issues.

“We are demanding that the report be released to the public under the provisions of the state’s open meetings and open records laws. We do not want politics in Bismarck or the strong influence of the oil industry to compromise the initial results of this study” said Dorgan.

“It is the job of the Department of Health to protect the health and welfare of North Dakotans from the dangers associated with cancer causing radioactive waste” added Dorgan.

An additional reason to be concerned about the report is that high level state officials have said publicly that they already are planning to raise the allowable level of radioactive waste above the current 5 picocuries. For example, at the Williston Basin Petroleum Conference in Bismarck May 21, 2014, Dave Glatt, head of the state Health Department Environmental Section, said “My guess is it’s not going to be 500 but it’s not going to be 5, either.”  Link to article.

Weiss said, “The oil industry and high level state officials knew radioactive waste would have to be disposed of before the oil boom started. But, companies didn’t put that in their business plans and state leaders didn’t address it in a responsible way. Now they come to us and ask us to give up on the health and safety of where we live. We have a responsibility to be cautious about our health and safety.”

Dakota Resource Council has submitted an open records request asking for the initial results of the Argonne Laboratories report on radioactive waste.