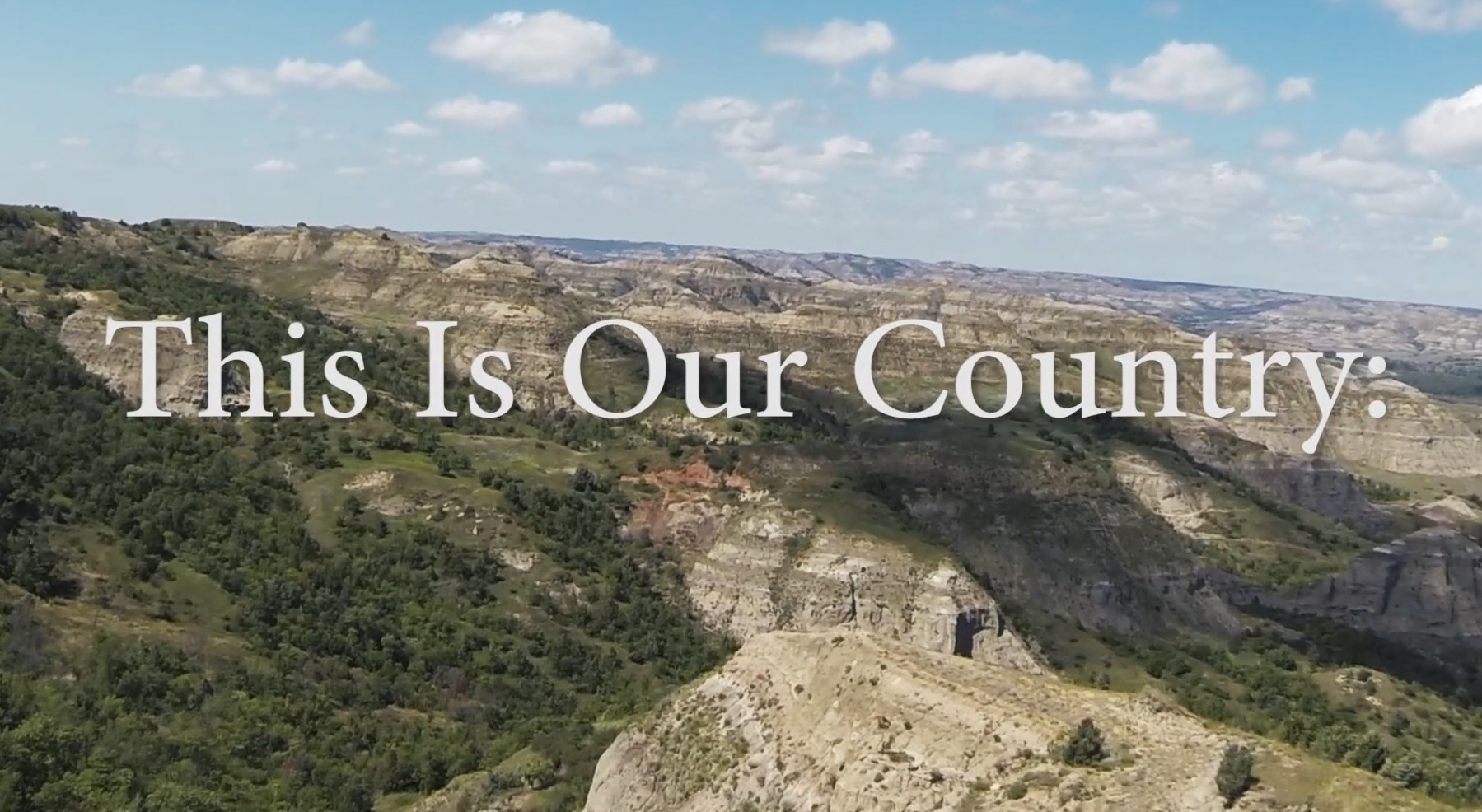 Bismarck, ND— Dakota Resource Council has released a film about living in the Bakken, titled, “This Is Our Country: Living with the Wild West Oil Boom.” DRC Communications Director Sean Arithson said, “The film features everyday North Dakotans talking about how the chaotic development of the Bakken has affected lives and livelihoods.”

“While most people know about dramatically increasing oil production and economic activity, much less is known about what it is like to live in the area,” Arithson said. “The film covers a variety of people from different parts of the Bakken.”

With footage of the recent industrialization of the area, the film interviews farmers and ranchers like McKenzie County’s Don Nelson whose family has dealt with the mix of agriculture and oil issues since oil was first discovered in North Dakota in 1953. Nelson, also a mineral owner, talks about the current challenges of running a farm and ranch while dealing with oil pads, easements, pipelines, flaring, and oil and saltwater spills. The huge amount of fresh water that leaves the hydrological cycle for good after being used in the fracking process worries Nelson. He said that if oil development isn’t handled better, there won’t be anything from his family farm and ranch to hand down to his children and grandchildren. He said, “We’re being sacrificial lambs for the rest of the country.”

In 1969 Jim and Norma Stenslie built a home near New Town on the shores of Lake Sakakawea and planned to stay there after Jim, a Lutheran minister, retired. However, the Stenslies and many others have moved out of the area because of the negative impacts the “wild west” mentality of North Dakota’s current oil development has brought to small communities. Jim Stenslie said, “The things you’d think our state government would have taken care of, they have neglected.”

The film was produced by David Diebel and Carson Norgaard of D&N Cinematics, a Bismarck production company.