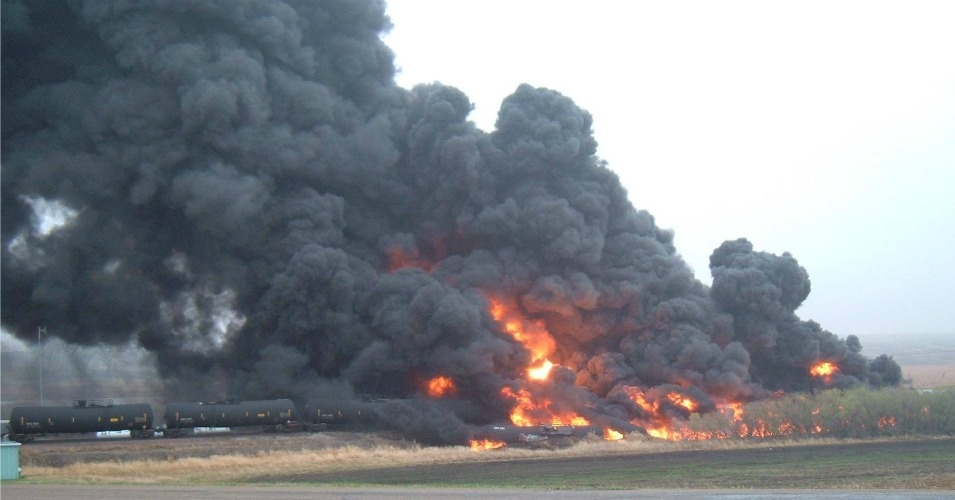 It is very unfortunate that another fiery oil train derailment occurred in North Dakota. Our thoughts and prayers are with the people in the area surrounding Hamburg, ND.

The question on most people’s minds is why is this still happening? The answer must include the insistence that an explosive product be crammed into a transportation system that is not able to handle it safely. Responsibility belongs to, among others, the oil industry, North Dakota officials, the railroads and federal officials.

The part North Dakota officials currently are responsible for are the rules concerning the volatility of the oil that can be loaded on trains. The North Dakota Department of Mineral Resources failed to require full-fledged oil stabilization when it put out its “conditioning order” this past December. Similarly, the recent U.S. Department of Transportation rules regarding oil trains that were released on Friday failed to require full-fledged oil stabilization.

State and federal agencies have failed to address the root sources of the exploding oil train problem, including not making sure rail transportation is safe. Meanwhile, the oil industry continues to insist on extracting the oil as fast as possible, regardless as to whether it has found a safe way to transport it.

Two options to consider are 1) the Dalrymple Administration strengthens its rules to require stabilization of the oil or 2) Congress passes Sen. Maria Cantwell’s Crude-By-Rail Safety Act of 2015, which would require national oil stabilization standards to prevent oil train disasters like those that have occurred in North Dakota and throughout the continent.

Founded in 1978, Dakota Resource Council is a statewide, multi-issue organization bringing together farmers, ranchers, small business owners, workers and other North Dakotans to address issues that affect their lives and livelihoods.