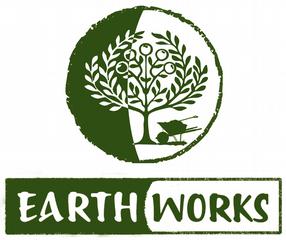 Earthworks released a new report showing that eliminating natural gas waste in two shale plays would have the same effect as taking 1.5 million cars off the road. The report is accompanied by an interactive map developed by SkyTruth showing flaring activity in the U.S. and around the world based on nightly, infrared satellite data.

Up in Flames: U.S. Shale Oil Boom Comes at Expense of Wasted Natural Gas, Increased Carbon Dioxide, is an investigation of the amount of flaring in North Dakota’s Bakken and Texas’s Eagle Ford shale plays, and the policies that manage it. Flaring is the burning as waste of the natural gas produced as a byproduct of oil drilling.

Among Up In Flames’  findings:

“Burning natural gas as waste is costing taxpayers and the climate,” said Up in Flames author Dusty Horwitt. He continued, “States should enact tough new standards to prevent flaring, including requiring drillers to pay taxpayers the full value of any gas they flare.”

SkyTruth’s new Global Flaring Map compiles nightly infrared data from a NOAA satellite and filters it to display gas flares associated with oil and gas production. In addition to tracking flaring in the Eagle Ford and Bakken shale, the interactive map is updated nightly to show flaring in the rest of the United States and around the world.

“This new tool makes the scale and frequency of flaring more comprehensible and less abstract,” said Paul Woods, Chief Technology Officer at SkyTruth. “Hopefully, enabling everyone to see where, when, and how often operators are flaring will create public pressure on government and industry to reduce the waste of this hard-won natural resource,” Woods continued.

“This report shows that North Dakota regulators simply aren’t doing their job, said Dakota Resource Council executive director Don Morrison. He continued, “Instead they’re putting private profits ahead of the public interest. This isn’t our first oil boom, we know how to do it better.”

“Flaring is just one of many problems associated with unconventional oil and gas development,” said Earthworks energy program director Bruce Baizel. He continued, “Unfortunately, North Dakota and Texas’s inadequate oversight of flaring is representative of state oversight of fracking across the country. The ultimate solution to these problems is to transition away from fossil fuels entirely and towards renewables like wind and solar.”