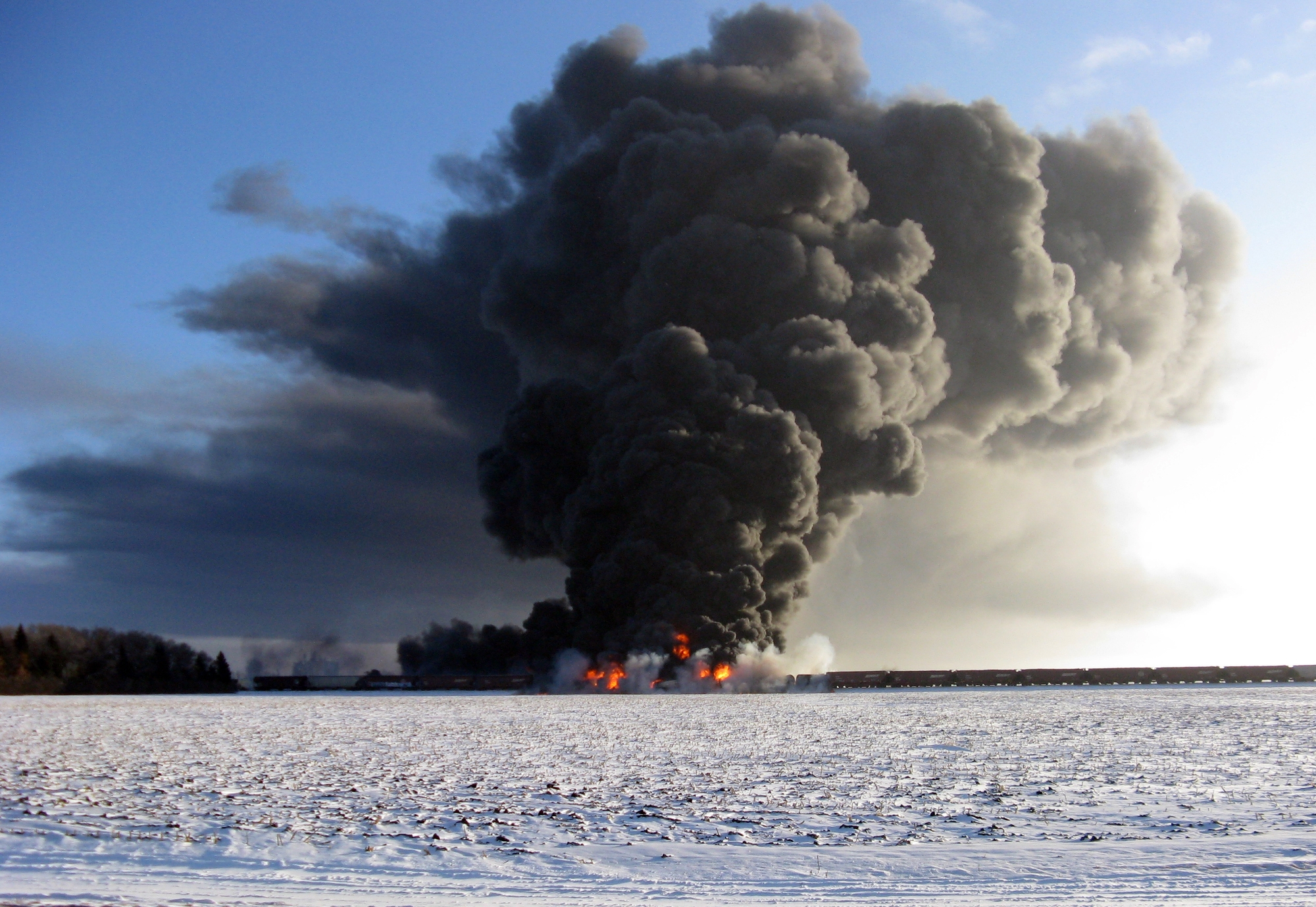 More than 25 million people in North America live near crude-by-rail routes, according to a map unveiled yesterday by the environmentalist organization ForestEthics.

The San Francisco-based nonprofit said it used routing information, census data and Department of Transportation guidelines to estimate how many people could be impacted by a nearby oil train derailment.

The launch of the interactive “Oil Train Blast Zone”website kicked off what environmentalists have dubbed a“week of action” on oil-by-rail safety, marking one year since a 72-car train hauling crude derailed and exploded in downtown Lac-Mégantic, Quebec, killing 47 bystanders.

ForestEthics spokesman Eddie Scher said the group’s map draws on prior reporting from Trains magazine as well as emailed submissions from ForestEthics members across the U.S.

“One thing that certainly gets people’s attention is the route — where these [trains] are going,” Scher said. “That information gets people to act before you have another catastrophe.”

The effort echoes an earlier ForestEthics project that set out to track and map the routes of seaborne oil tankers hauling heavy crude from Canadian oil sands developments (EnergyWire, Oct. 2, 2013). That website,TarSandsSOS.org, is still live, and the Twitter account tied to it has garnered several hundred followers.

The latest crude-by-rail map has not yet incorporated oil-by-rail information disclosed under a recent Department of Transportation emergency order, which forced railroads to share more route selection and traffic data for trains carrying more than 1 million gallons of crude from North Dakota’s Bakken Shale play. For instance, the map doesn’t list CSX Corp.’s Old Main Line in Maryland, which the company identifies as a route for Bakken crude oil in documents filed with the Virginia Department of Emergency Management.

The DOT’s May 7 order aimed to help emergency responders prepare for potential accidents, but it also prompted a state-by-state battle over how much information should be withheld from the public.

Railroads have called for their crude routes to stay hidden on competitive and security grounds, with exceptions for first responders such as firefighters and hazardous materials cleanup crews.

But some states such as North Dakota have pushed back, refusing to sign confidentiality agreements with major railroads such as BNSF and releasing the routing info to journalists (EnergyWire, June 26).

Scher said the ForestEthics map would be updated with new reports and now offers a “very conservative take” on the extent of crude-by-rail shipments, which have shot up from fewer than 10,000 carloads in 2008 to more than 400,000 last year in the U.S. alone.

“You really have a mismatch in what the infrastructure was designed to do, what the safety standards are and what the industry is increasingly trying to put over the rails,” Scher said.

The rail industry recently implemented several voluntary steps to address crude-by-rail safety, such as lowering speed limits for oil trains in major urban areas. Later this month, the DOT is expected to publish a “comprehensive” proposed rule that will cover oil-by-rail operations and tank car integrity.

That rule is currently caught up in a cost-benefit analysis at the White House’s Office of Information and Regulatory Affairs, drawing criticism from environmentalists and some politicians who have called for faster action.

“In the months since Lac-Mégantic, we have seen smaller, yet still alarming crude-by-rail incidents across the U.S., yet we have been slow to react to existing gaps in the safety standards of tank cars carrying hazardous materials through our communities,” he said in the letter. “Mr. President, we cannot wait for another devastating derailment and explosion to happen here that will force us into action. The time to act is now.”