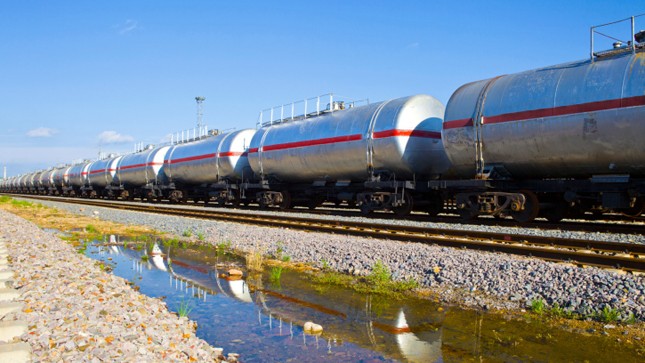 The federal government is moving to prevent freight trains that are carrying crude oil from being left unattended and rolling away.

The Department of Transportation’s Federal Railroad Administration (FRA) announced on Tuesday that it was proposing new rules that would make it illegal for freight trains that are carrying crude oil to be left unattended on main or side tracks that are located near rail yards “unless specific securement requirements are followed.”

The rules are intended to address problems that were highlighted by the July 2013 derailment of an oil train in Lac-Megantic, Quebec. The accident was attributed to a 74-car freight train being left unattended.

Transportation Secretary Anthony Foxx said Tuesday the proposed rules show his department’s commitment to preventing a repeat of the Quebec accident, which resulted in the deaths of more than 40 people.“Safety is our top priority. Today’s action is only the latest in more than two dozen steps we have taken in the last year to further safeguard communities along train routes that carry crude oil and other flammable liquids,” Foxx said in a statement accompanying the DOT’s notice of proposed rulemaking.

Lawmakers have pushed for greater regulation of freight trains that are carrying flammable materials like crude oil since the Lac-Megantic derailment and another crash that took place later in 2013 in Casselton, N.D.

The latter accident resulted in more than 400,000 gallons of crude oil being spilled in North Dakota.

The transportation department’s proposal calls for freight rail companies that are carrying oil to “develop a plan identifying such locations or circumstances, verify securement by qualified persons and ensure that locks on locomotive cab are secure.”

Rail companies would have to “include securement requirements in job briefings, perform additional inspections by qualified persons when emergency responders have been on equipment [and] install locking mechanisms on locomotive doors and repair them in a timely manner ” under the DOT proposal.

“While our existing securement regulations have been largely successful, it’s important in light of events over the past year that we take additional steps to mitigate risk here in the United States,” Szabo said in a statement. “This rulemaking will solidify our existing securement regulations and provide additional safeguards against the rolling of unattended freight trains, especially those carrying hazardous materials.”