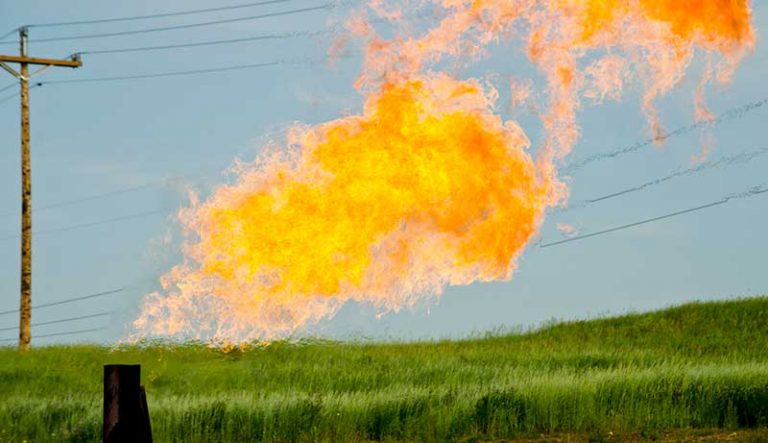 The North Dakota Industrial Commission voted unanimously Tuesday, April 17, to adopt changes to the gas capture policy, many of which were recommended by an industry task force.

“They’re saying they will get to 88 percent by Nov. 1,” said Lynn Helms, director of the Department of Mineral Resources.

The changes expand some the caveats that allow industry to be in compliance with the gas capture policy even if a company’s flaring rate exceeds the benchmark.

For example, industry can exclude flared volumes from the first 14 days of production. The revised policy increases that to the first 60 days.

In addition, the commission will change how it treats flared gas outside of the Bakken core where infrastructure is underdeveloped and gas is considered “stranded.” Allowing some temporary exemptions for stranded gas aims to incentivize pipeline development in those areas, Helms said.

The revised policy also focuses more scrutiny on operators who fail to meet the gas capture targets, requiring them to submit gas capture improvement plans and meet with regulators twice a year.

“We think that refocusing our efforts and industry’s efforts on stranded gas and on people who are not meeting the gas capture goals, keeping the goals in place, holding their feet to the fire, is the right way to go now,” Helms said.

Gov. Doug Burgum, chairman of the three-member Industrial Commission, described the changes as “very common-sense, practical tweaks” that are a combination of incentives and penalties.

Burgum noted industry’s multi-billion-dollar investment to decrease the percentage of gas that’s flared even as volumes of gas production continue to increase.

The state’s natural gas production is projected to double to more than 4 billion cubic feet per day by 2035, in part because Bakken wells produce more gas as they age, according to the North Dakota Pipeline Authority.

In February, 256 cubic feet per day was flared, or about 12 percent of gas statewide. Flaring was at a high of 36 percent in September 2011.

Attorney General Wayne Stenehjem said he’s pleased the industry did not ask to change the goals, but instead suggested “reasonable” efforts to tweak the policy.

Operators are required to capture 85 percent of Bakken natural gas, or limit flaring to 15 percent. The benchmarks increase to 88 percent in November and 91 percent in 2020.

Nicole Donaghy, field organizer for the Dakota Resource Council, said members who live with oil and gas development and are surrounded by flaring would have liked the opportunity to comment on the proposed changes.

The commission heard from Helms, who presented findings from a North Dakota Petroleum Council task force, and Justin Kringstad, director of the North Dakota Pipeline Authority, on the outlook for natural gas. The commission did not invite input from other stakeholders.

“I see this as another opportunity to give the industry what it wants,” Donaghy said. “I do see it as changing the goalposts.”

Burgum said after the meeting that the process was public and the “door is always open” for feedback from the public.

“Any ideas people have of how to do it better, we’re always open,” Burgum said.