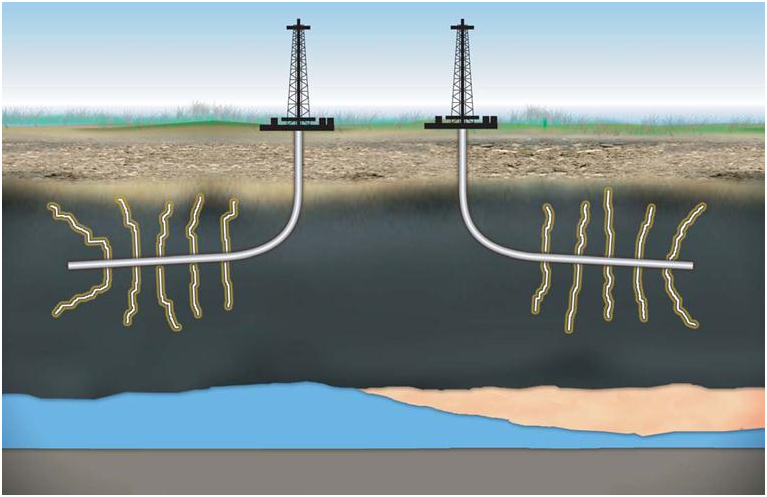 A study conducted on flowback fluid, or wastewater, from hydraulic fracturing shows that the fluid causes the release of particles in soil that bind to pollutants. When water runs through such soil, the particles unbind from the soil and are released with the water, contaminating groundwater with pollutants.

The particles in question are called colloids. They are microscopic particles that are larger than a molecule and tend to bind to soil and sand grains because of the colloids’ electric charge.

A laboratory at Cornell University’s College of Agriculture and Life Sciences published its findings in the American Chemical Society’s journal, Environmental Science & Technology.

The study attempts to understand the prevalence of colloids in groundwater from soils exposed to flowback fluid via accidental “hydrofracking” spills. They filled tubes with soil mixed with synthetic colloids that shined red under a bright light microscope. In one tube, the researchers poured deionized water. In the other tube, they poured flowback fluid from a drilling site at the Marcellus Shale.

The authors of the paper believe the cause to be the chemical properties of the flowback fluid, which is used to extract the natural gas from shale. The fluid most likely reduces the binding forces between the colloids and the soil. Any colloids that bind to the soil when the flowback fluid spills into it will be leached, along with bound pollutants and heavy metals, into the groundwater.

The researchers will obtain more data to understand how natural colloids in the soil are affected by flowback fluid. Previous studies found that 10-40% of the fracking fluid used to extract natural gas flows back to the surface, resulting in colloid contamination such as what is seen in this study.

Cathelijne Stoof, a postdoctoral associate at Cornell and the corresponding author of the paper, says, “Sustainable development of any resource requires facts about its potential impacts, so legislators can make informed decisions about whether and where it can and cannot be allowed, and to develop guidelines in case it goes wrong. In case of spills, you want to know what happens when the fluid moves through the soil.”