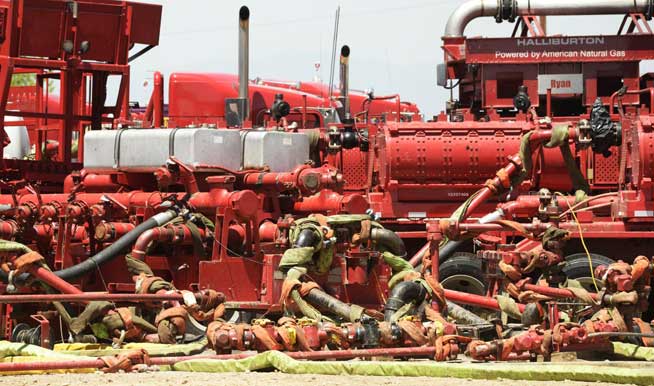 Oil and gas companies illegally injected 9,173 gallons of diesel while fracking wells in Colorado, and 32,950 gallons nationwide, according to a report unveiled Wednesday by an attorneys’ environmental group.

Fracking with diesel without a permit has been illegal since at least 1997, and industry groups have said companies no longer do it.

Colorado ranked second to Texas (12,808 gallons) in total volume of diesel injected between 2010 and 2014, the Environmental Integrity Project found. Based in Washington, D.C., the group was founded by and includes former EPA enforcement attorneys.

“This is a dangerous practice. It needs to stop. It is illegal without a permit,” Mary Greene, EIP’s senior managing attorney who conducted the study, said Wednesday in a teleconference. “The EPA may not be able to make fracking as safe as it should be, but at least EPA has the authority to make use of diesel more safe.”

While EIP’s investigation, which relied on FracFocus data, did not document harm from injected diesel, the attorneys emphasized risk to people because diesel contains benzene and other chemicals that spread rapidly in groundwater and can cause health problems, including cancer.

Industry groups are challenging the report.

Energy In Depth advocates issued a statement saying companies fracking more than 280 of the 351 wells identified in the report used kerosene, not diesel. The EPA did not define diesel as including kerosene until 2014, the statement said.

Also, many of the wells were permitted by states under state regulatory programs — so injecting diesel couldn’t be illegal, it said.

Environmental Integrity Project leaders countered that kerosene and diesel long have been recognized as virtually the same and that companies lacked proper permits.

One of four companies identified for unpermitted injections in Colorado, WPX Energy, did not inject either diesel or kerosene, spokesman Lou Hayden said.

A WPX fracking contractor made an error in filing a state-required disclosure to the FracFocus registry, Hayden said.

From now on, Hayden said, WPX will require fracking contractors “to provide us with FracFocus entry sheets filed with every frack job so that we can avoid future incorrect entries.”

Said Greene: “I’m sure there are a few legitimate oversights or things entered incorrectly.”

Williams, PDC and ExxonMobil subsidiary XTO Energy are the other companies identified as fracking with diesel at a total of 16 wells around Colorado between 2011 and 2012.

At 18 wells around the nation, “kerosene was used, not diesel,” Lundsberg said. “At that time, the EPA did not classify kerosene as diesel.”

Using diesel to hydraulically fracture, or frack, without a permit has been illegal for years, and the EPA in February issued guidance to drillers clarifying the prohibition. While Congress in 2005 removed EPA’s power to regulate fracking fluids, diesel was not included.