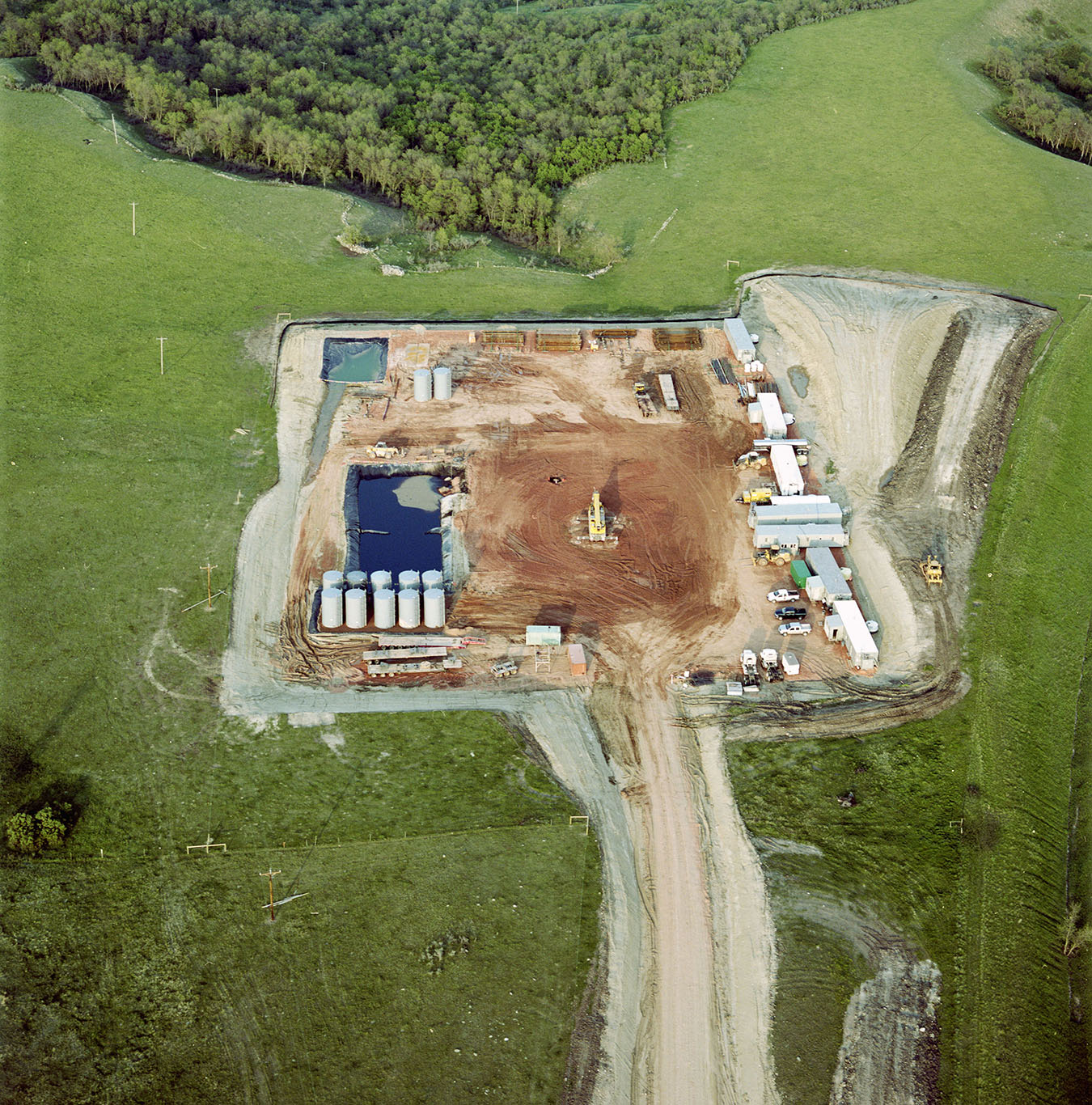 Located 180 miles northwest of Bismark, North Dakota, the White Earth Valley lies two miles above a shale rock formation full of oil which can now be extracted because of new technology, leaving oil pads like this scattered across the prairie landscape.

The North Dakota Museum of Art is touring Fractured: North Dakota’s Oil Boom throughout the State as part of its Rural Arts Initiative program. Fractured opened at NDMOA last August and three sites were selected to host the exhibition.  This exhibition will be in Bismarck through the month of March at the Bismarck Art Galleries Association, 433 E Front Ave.  Many DRC members are featured in this project.

For decades, North Dakota was seen as a fly-over state. When one of the nation’s largest oil reserves was rediscovered and fracking – a means of extracting oil from shale – came to the Bakken shale formation, attitudes changed. One couldn’t turn on the TV or open the morning paper without seeing a splashing headline about the State’s booming oil industry. In Fractured, viewers can follow Chicago-based photographer Terry Evans and journalist Elizabeth Farnsworth’s explorations of the Bakken through photographs, interviews, poetry, and accumulated wisdom.

“To me, oil smells like roses and money,” states Fred Evans, who is grateful for the financial reward the oil under his pastures provides. On the other side, rancher Scott Davis, who tried, but failed, to stop drilling on his native prairie, says, “Our way of life as we’ve known it is over.”

This drilling process alters prairie habits and could bring catastrophic global warming ever closer, but it also offers temporary fiscal stability to the state and may help make the United States energy independent. Through the vivid photography of Terry Evans, visitors will be presented the evidence just as she sees it. The exhibit ultimately asks, “What is your point of view?” The questions, however, are posed through the voices of the people of the Bakken.

The exhibition was developed by The Field Museum, Chicago, in collaboration with Terry Evans and Elizabeth Farnsworth, Fellows of the Center for Art+Environment at the Nevada Museum of Art in June 2013. The North Dakota tour is made possible through the North Dakota Museum of Art’s Rural Arts Initiative.