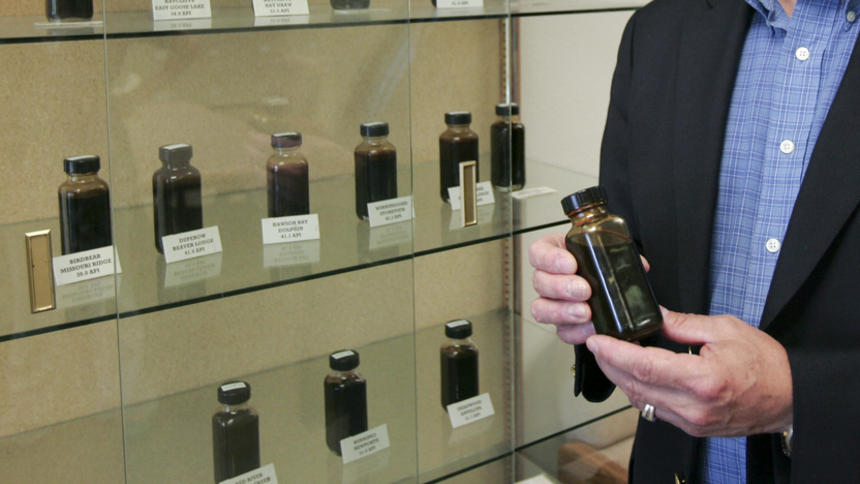 Industry-Funded Study: Bakken oil not more risky than others

BISMARCK, N.D. — The U.S. oil industry pushed back Tuesday against tougher rules for rail cars carrying crude following a string of fiery accidents, asserting in a new report that oil from the Northern Plains is no more dangerous than some other cargoes.

But the results of the industry-funded study differ from the stance of the federal government, which issued a safety alert in January warning the public, emergency responders and shippers about the potential high volatility of crude from the Bakken oil patch.

The oil from North Dakota and Montana is comparable to other light crudes, with characteristics that fall well within the margin of safety for the current tank car fleet, the industry study says.

“We already have examples of this particular crude going ‘boom,'” said Grady Cothen, former deputy associate administrator for safety at the Federal Railroad Administration. “That’s how it has to be treated from a regulatory standpoint despite the distinctions being made” by oil companies.

Oil trains in the U.S. and Canada were involved in at least eight major accidents during the last year, including an explosion of Bakken crude in Lac-Megantic, Quebec that killed 47 people. Other trains carrying Bakken crude have since derailed and caught fire in Alabama, North Dakota, New Brunswick and Virginia.

Regulators in response have discouraged shippers from using older tank cars known to rupture during accidents.

The U.S. Department of Transportation issued the January safety alert about Bakken crude, which is produced from a huge oil shale reserve that has propelled North Dakota to the nation’s second-largest oil producer behind Texas.

Last week, the American Fuel and Petrochemical Manufacturers, a lobbying group for oil refiners, found Bakken crude is no more risky or flammable to ship than other oils, if hauled correctly under current federal rules.

A Department of Transportation spokeswoman said the agency was reviewing the industry data even as it continues analyzing samples of Bakken oil gathered by regulators. Results of the government’s testing have not been released.

Canadian investigators have said the crude involved in the Lac-Megantic was highly volatile and comparable to gasoline.

Mile-long trains pulling more than 100 cars laden with Bakken crude began running in 2008 when the state first reached its shipping capacity with existing pipelines and infrastructure. More than $2 billion has been spent on infrastructure and nearly two dozen railed-oil loading facilities have been built in North Dakota in recent years to move Bakken crude to locations as varied as Washington state, Louisiana, Pennsylvania, New Jersey and New Brunswick, Canada.

North Dakota officials say that more than 70 percent of the more than 1 million barrels of oil produced daily from the Bakken region is being moved by rail, as producers increasingly have turn to trains instead of pipelines to reach U.S. refineries offering premium prices.

The industry report was released during the Williston Basin Petroleum Conference and Expo in Bismarck, an event slated to attract more than 4,000 people.