LETTER: Measure 1 is about the soul of North Dakota 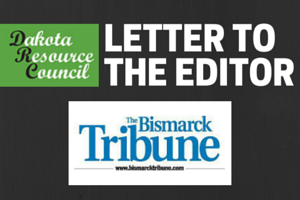 Originally published in the Bismarck Tribune, 6.9.16

by Willie Nelson and Sarah Vogel

Each year in nearly every part of the country, swaths of farmland are turned over as yet another family farm is pushed out by tightening profit margins, rigged markets and the ever-constricting power of a few corporations. In a year of falling farm prices, the fight to keep family farmers on the land is as urgent as ever.

Why fight for family farmers? Because family farmers are stewards of the land, key threads in the fabric of our rural communities and local economies. They support us in ways that can’t be done by distant corporations that are looking out first and foremost for their own bottom line.

North Dakota is unique in its commitment to family farm agriculture. For 84 years, that commitment has been enshrined in a state law affirming that our land belongs in the hands of people and that farming should stay in the family — not corporations. Measure 1 attacks that commitment and the very soul of North Dakota.

Efforts to undo long-standing laws like North Dakota’s anti-corporate farming law are about increasing corporate profits and the control of corporations over our farm and food system. It’s about hastening farm consolidation and squeezing every profit possible out of the soil, water, animals and people of rural America in order to fill Wall Street’s coffers. It is yet another step in a long push to remove family farms from the American landscape.

Similar measures have cropped up in states across the country and North Dakotans are rightly asking who is behind initiatives like Measure 1—and who profits from them. One can find a few clues in the case of Missouri.

These corporate-backed measures ultimately pit people against each another. They roll back the ability of local communities to determine what’s best for them. They grant corporate interests the right to extract wealth from local communities, with little regard for the quality of life, the caliber of jobs or the health of the soil and water upon which local people depend.

On June 14, your no vote will protect North Dakota’s proud legacy of family farm agriculture. It’s a legacy worth preserving.

Willie Nelson is an artist and president of Farm Aid (www.farmaid.org). In 1989, Willie was named an honorary North Dakota Centennial Farmer.

Sarah Vogel is a former two-term commissioner of agriculture for North Dakota and has been working as a lawyer for family farmers and ranchers in North Dakota and throughout the country since the 1980s.