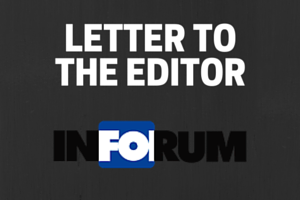 I recently learned that Interior Secretary Ryan Zinke will be speaking in Bismarck at the Williston Basin Petroleum Conference May 23rd. I, along with my fellow members of Fort Berthold Protectors of Our Earth Rights, see Zinke’s visit as an opportunity to invite the secretary to come visit Fort Berthold and see firsthand the impacts from oil and gas air pollution on our air.

Right now, Zinke is in the process of rescinding the Bureau of Land Management’s methane waste prevention rule, a rule that is needed on Fort Berthold to regulate out-of-control emissions that damage the health of the people and land of Fort Berthold.

DeVille lives in Mandaree, N.D., and is a member of Fort Berthold Protectors of Water & Earth Rights.