Long slog ahead for racketeering suit against Chesapeake – EnergyWire 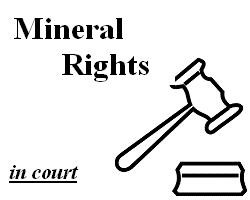 Long slog ahead for racketeering suit against Chesapeake

Federal judges will not hear arguments in the sweeping fraud and corruption lawsuit until 2016, according to a schedule set by the court yesterday. The timeline means Chesapeake will likely remain bogged down in royalties-related litigation for at least the next two years.

Specifically, plaintiffs James and Gina Suessenbach accuse Chesapeake of skimming royalties owed to them and other landowners in the natural-gas-rich Marcellus Shale by inflating postproduction costs and taking excessive deductions from royalty checks (EnergyWire, Sept. 4). The plaintiffs largely rely on a March 2014 story by the news website ProPublica but add that the alleged scheme may be more complex than they know.

“The Chesapeake-Access Midstream deals were not the only mechanism used by Chesapeake to fleece lessors out of royalty payments and, as evidenced by the following statements, the full scope of Defendants’ scheme has not been fully revealed,” the June complaint said, referring to criticism of Chesapeake from public officials like Gov. Tom Corbett (R), who is typically considered a friend of the natural gas industry.

Chesapeake has characterized the allegations as a “garden-variety contractual dispute about royalties” that the U.S. District Court for the Middle District of Pennsylvania should dismiss.

But the court’s schedule instead lays out a long road ahead for the litigation. As long as the case is not dismissed, the discovery process will last through most of 2015, and arguments for and against certifying the case as a class action on behalf of other royalty owners will be due in late 2015 — leaving the court to decide on class certification and to consider the merits of the case in 2016.

The racketeering lawsuit is one of many legal challenges Chesapeake has faced in recent years as royalty owners have grown discontented over dwindling payments.

Many contend that Chesapeake changed the way it calculates royalties and began deducting postproduction expenses even though most leases seemed to prohibit such deductions. In many cases, the issue boils down to ambiguous or conflicting lease language that gives rise to more than one interpretation.

In the 5th U.S. Circuit Court of Appeals, for example, judges decided in Chesapeake’s favor in two royalties cases this summer, citing Texas law that allows for the types of deductions the energy company made. But Chesapeake has settled other Texas lawsuits recently, including one from the city of Arlington in August (EnergyWire, Aug. 20). Chesapeake also agreed to a hefty settlement in West Virginia, and a settlement is pending in a Pennsylvania lawsuit from last year.

Officials at the Oklahoma City company have expressed a desire for a fresh start amid the wave of recent litigation — much of which centers on actions taken by the company before it restructured its executive board and replaced former CEO Aubrey McClendon. Responding to an ongoing state investigation of fraud allegations in Michigan, a company spokesman said the company wants to move on.

“Chesapeake remains focused on moving past these legacy issues from 2010 and executing our business strategies to drive profitable growth through financial discipline and the efficient development of our world-class assets,” Gordon Pennoyer said in a statement last month.