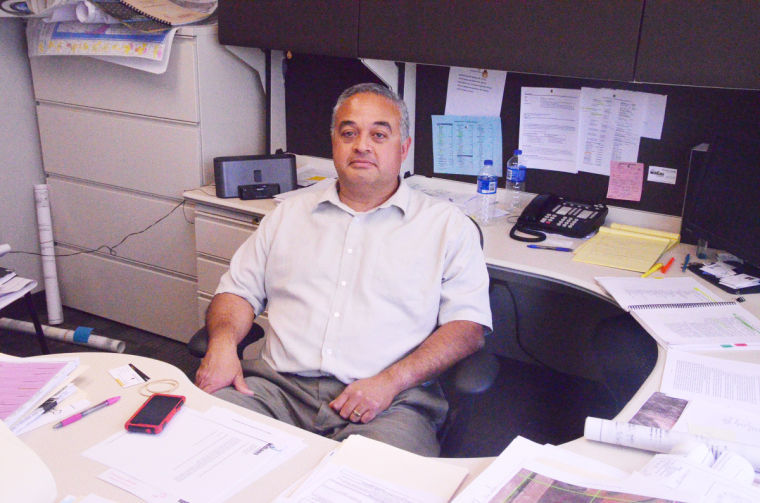 Pacheco said he had only had about two weeks to digest the plan to combine the departments before the final approval came through. He said he was “a little more annoyed than unhappy” with the commission’s decision to turn over control of the merged agency to Building Department Director Michael Sizemore, effectively demoting Pacheco.

“I finally thought we were on top of the mountain,” Pacheco said of his team at the Planning & Zoning Department. “We were all headed to a positive point in what we were trying to accomplish.”

Pacheco has been in his position about 17 months. The county brought him in to build a comprehensive plan for development in Williams County, the hub of Bakken oil drilling. Shale activity in the region, particularly in county seat Williston, has driven new residential, commercial and industrial development at a rate sometimes too rapid for local officials to control.

“I walked into a headache,” Pacheco said, recalling his first days on the job.

Commissioner Wayne Aberle said Williams County is hoping the merger will bring improved efficiency to the planning and zoning process. The commission currently does not have a time frame for the restructuring but will be discussing it further during a meeting this week.

Aberle isn’t sure whether the county will pull in a replacement for Pacheco.

“We didn’t plan on him resigning,” Aberle said.

Pacheco, a graduate of the University of Utah, has accepted a position as a consultant for Epic Engineering PC. He said he’s looking forward to sitting on the other side of the table, proposing projects to the county commission.

“It’s just another chapter in life,” he said.