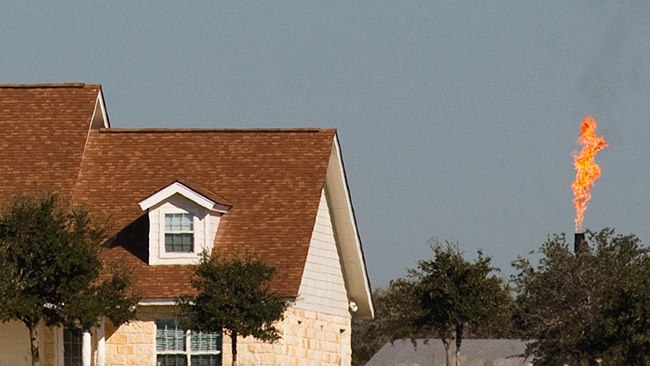 North Dakota regulators were looking for ideas to enforce flaring reduction, and they got them.

The state’s Department of Mineral Resources hosted a special hearing on April 22 to address the Industrial Commission’s newly adopted policy on reducing gas flaring. On June 1, all operators will be required to submit a gas capture plan with each drilling permit showing how they plan to reduce flaring and provide proof of cooperation with a midstream company. The state’s goal is to reduce flaring to 15 percent in two years and 10 percent within six.

At the hearing, DMR staff heard testimony regarding the plans to amend the field rules relating to oil production curtailment. Director Lynn Helms had requested testimony of a technical nature in order to craft a workable policy.

“We are a regulatory agency, so gas capture plans without some teeth behind them, without enforceable things to impose, they’re just promises and negotiations and goals,” Helms told Petroleum News Bakken during a break in the hearing. “The whole purpose was to figure out a way to convert completely unusable production restriction language to something we could use to enforce gas capture plans.”

Brad Aman, vice president of Continental Resources’ northern region, spoke on behalf of the North Dakota Petroleum Council flaring task force saying industry is confident the gas capture goals will be met, but the commission needs to allow the program to work. Consequently, the task force requested any new policy not take effect until the fourth quarter of 2014.

Aman said the task force believes production restrictions are unnecessary, but if the commission decides to implement them, enforcement should be targeted to specific operators.

“The NDIC should work with that operator and it may include limits on permits, production curtailment or applying for an exemption,” Aman said.

The NDPC flaring task force suggested the first well in a spacing unit should be able to produce at the maximum rate for up to a year while flaring, and infill wells could produce for three months at that rate. If exemptions are needed, they should be done on a case-by-case basis.

“We have to communicate what our plans are because they are not going to get it by osmosis,” Aman said. “It’s hard to do it that far out, but we’re getting better at it and I’ve seen the gas capture plan work. It’s allowed (Continental) to reduce our flaring to beneath state averages.”

Statoil’s Lance Langford said when his company sat down with midstream companies it found their assumptions were too low. “We helped them build a more robust model,” Langford said. “The biggest component to flaring 30 percent is that not everyone was providing (forecast) information.”

One alternative to production curtailments brought to the table by Whiting Operations Manager Brent Miller is for regulators to reduce the number of drilling permits. “We’re trying to take the lesser of two evils,” Miller said. “We don’t want to cut into cash flow with curtailments. I think to some extent you have to start slowing down the drilling if they’re not adhering to the gas capture plan, but it needs to be done on an operator-by-operator basis.”

Helms said he hadn’t really contemplated the concept of restricting or denying permits. “We’ll have to go back to our rules and language to see how much capability we have for denying permits,” he said.

Some operators take a self-regulation approach to curb flaring. Jeremy Conger, director of operations for WPX Energy, said his company has made the business decision to not drill some of its wells on the Fort Berthold Indian Reservation until the infrastructure is in place. WPX has also analyzed some remote capture options, and though they appear largely uneconomic, Conger said “at least it avoids flaring.”

Besides cost, a significant obstacle for operators to utilize remote capture technology is that contracts with midstream companies don’t always allow for application of such technology.

SM Energy Regional Operations Manager Mark Borla agreed with the task force’s plan, but differed on its position to regulate individual operators. Instead, SM Energy prefers enforcement to be done on a system performance basis.

“Limitations on the drilling of new wells, or curtailment of production, should be managed on a system basis, such as a booster station and associated gathering facilities,” Borla said.

Scott Skokos of the Dakota Resource Council recommended no flaring for the first two years of development since that is when maximum production occurs, but if gas capture isn’t possible, production restrictions should be done play-wide or by fields. “We should look at the Bakken as a whole and do more comprehensive planning,” Skokos said. “Focusing on individual operators is too narrow of a lens.”

The Environmental Defense Fund holds a similar opinion on curtailing production by field instead of by well or operator. Regional Director Dan Grossman said his organization is in favor of the gas capture targets presented by the flaring task force, but believes the commission should have the flexibility to set field-specific targets, not just broader state-wide targets. “The field-specific targets, to which each operator in the field will be bound, should be set such that in the aggregate, they achieve the statewide targets each year,” Grossman said. “Apply controls to meet the field goals, and you have maximum flexibility.”

Helms felt the testimony allowed for some good input on where the commission should focus its audits of the gas capture plans. “I think they are confirming our thought that regulating on a well-by-well basis is far too restrictive and narrow to really deal with the problem,” Helms said. “Industry is saying do it on an operator basis, and hearing the Dakota Resource Council say do it on a basin-wide or play-wide basis, I don’t think those differ so much compared to what we currently have, which is well-by-well versus the enormity of the problem.”