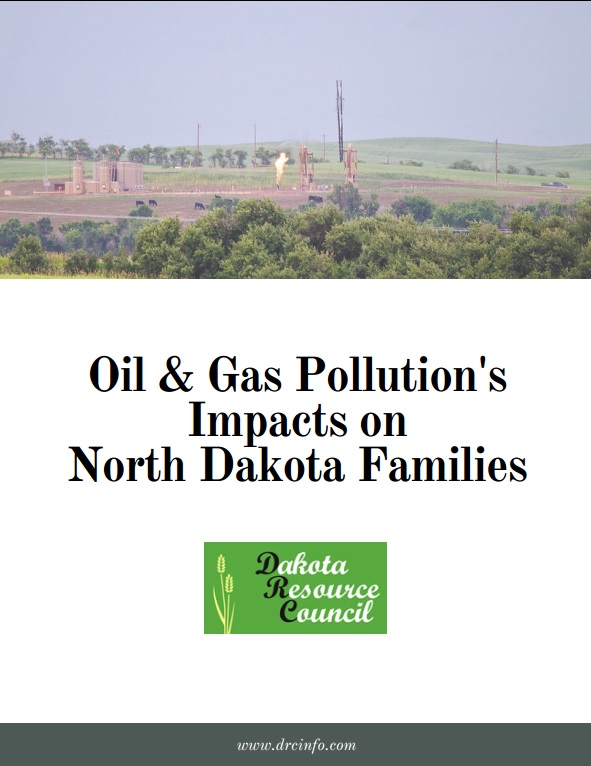 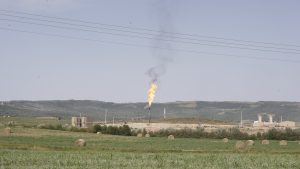 The report comes as the comment period for a proposed two-year stay of the Environmental Protection Agency’s (EPA) standards to reduce methane and other pollution from new and modified oil and gas wells known as the New Source Performance Standards (NSPS) comes to a close. Administrator Pruitt has proposed this action despite acknowledging the delay would have harmful effects on children’s health. EPA’s standards are key to curbing methane emissions, smog-forming Volatile Organic Compounds, and other toxic air pollutants such as benzene – in new, reconstructed and modified oil and gas sources—just like the ones featured in the report.

The report tells the story of three Fort Berthold residents who have witnessed the devastating impact that methane and other pollution released by the oil and gas industry has had on their community. The report also discusses how Environmental Protection Agency Administrator Scott Pruitt is threatening to suspend vital safeguards that would help reduce pollution from oil and gas activities and protect public health.

“The air pollution detailed in this report is, in many cases, preventable. No one should have to worry about living near toxic pollution that is spewing into the air like an invisible oil spill, but that is the reality thousands of North Dakotans will face if the EPA’s NSPS standards are suspended—or even worse, dismantled,” said Lisa DeVille,  board member with Dakota Resource Council.

“My family and all residents of the Fort Berthold Reservation and across North Dakota are already paying the price for oil and gas leaking and venting, and they will continue to do so if we get rid of these vital pollution safeguards. By threatening to suspend these crucial safeguards, Administrator Pruitt has made it perfectly clear that he’s willing to sacrifice Americans’ health all to support the bottom line of the oil and gas industry.”

Thermographer, Pete Dronkers spent several days in the Bakken to investigate and document emissions from NSPS wells using a FLIR GF320 infrared camera. Dronkers worked with Dakota Resource Council members to identify wells near residential areas that were drilled in the last 2 years.

The group identified alarming fugitive emissions coming off of at least 5 sites near Williston and the Fort Berthold Reservation. Dronkers analyzed his findings in a memo that details how FLIR technology makes visible hydrocarbons and volatile organic compounds that are normally invisible to the naked eye.

Currently, North Dakota does not have meaningful standards for detecting and repairing leaks, which means they rely on protections afforded them by federal pollution standards. The NSPS standards are crucial to safeguard against methane, hydrocarbons, and other harmful air pollutants from oil and gas activity.