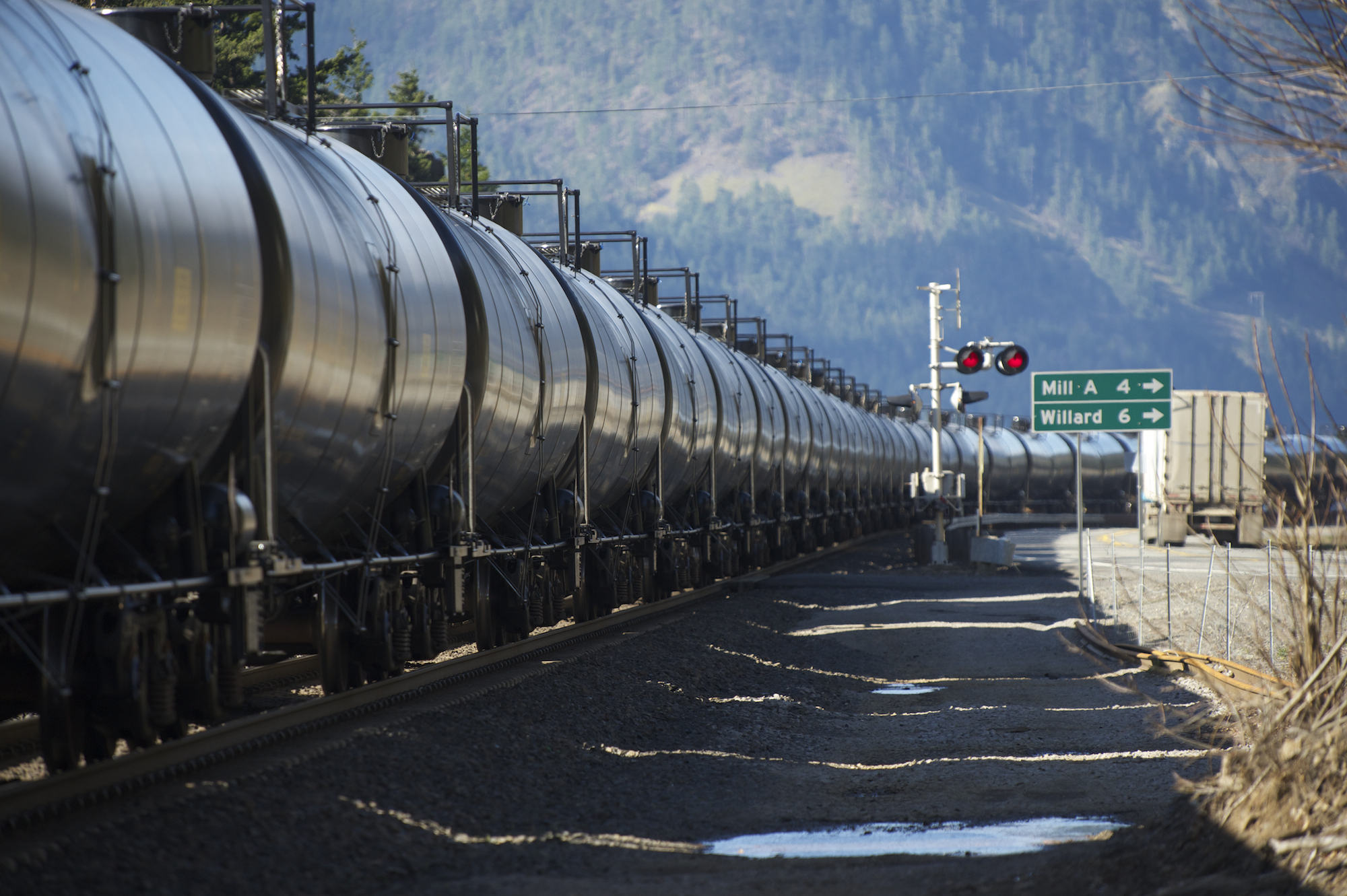 Dozens of mile-long trains loaded with crude are leaving western North Dakota each week, with most shipments going through the state’s most populous county while en route to refineries across the country.

The U.S. Department of Transportation ordered railroads last month to give state officials specifics on oil train routes and volumes so emergency responders can better prepare for accidents. Transportation Secretary Anthony Foxx said a pattern of fiery accidents involving trains carrying crude from the Bakken region of North Dakota and Montana had created an “imminent hazard” to public safety.

Most notable of those was an oil train derailment last July in Lac-Megantic, Quebec, that killed 47 people.

Railroads that fail to comply with the order are subject to a $175,000 fine per day and are prohibited from hauling oil from the Bakken region until they do so.

Officials in Montana, California and Florida also released information on oil trains Wednesday in response to requests from The Associated Press.

CSX Corp., Union Pacific and BNSF Railway sought to prevent states from turning over the information, saying details on the shipments are security sensitive. But officials in North Dakota and some other states refused, citing public records laws.

“There is no legal basis to protect what they have provided us at this point,” North Dakota assistant attorney general Mary Kae Kelsch said. “It doesn’t meet any criteria for our state law to protect this.”

Federal officials have said the notifications required of railroads under Foxx’s order are not security sensitive but may include proprietary details that should be kept confidential.

Homeland Security Director Greg Wilz, who chairs the 18-member emergency panel, said “it doesn’t take a rocket scientist” to figure out how many oil trains are running through communities in the state, the nation’s No. 2 oil producer behind Texas. He said release of the data won’t come as a surprise to most residents.

“Joe can stand on a street corner and figure that out within a week’s period,” Wilz said. “They watch the trains go through their community each and every day.”

Trains, each pulling more than 100 cars laden with about 3 million gallons of North Dakota crude, began running in 2008 when the state first reached its shipping capacity with existing pipelines and infrastructure. More than 70 percent of the more than 1 million barrels of oil produced daily from the Bakken region is being moved by rail, as producers increasingly have turned to trains to reach U.S. refineries not served by pipelines and where premium prices are fetched.

Railroads hauling Bakken crude in North Dakota — BNSF, Canadian Pacific Railway and Northern Plains, a regional short-line railroad — were ordered to submit information to the state. Data show that the three railroads combined are moving crude through about 30 of North Dakota’s 53 counties, including through the state’s biggest cities of Fargo and Bismarck.

Fargo is in Cass County, where BNSF says it has been averaging more than 40 oil trains a week this month.

Among other states, documents from Montana showed that BNSF oil trains have passed through 30 of the state’s 56 counties. Roosevelt County topped the list, with 20 trains in one week.

In California, documents provided by the state’s Office of Emergency Service showed as many as nine BNSF trains in a week through nine counties. In other weeks, just one BNSF train or none at all traveled through the state. Comparable details on Union Pacific’s operations in California were not yet available.

BNSF, a unit of billionaire Warren Buffett’s Berkshire Hathaway Inc., hauls about 75 percent of the oil that leaves the Bakken by train, North Dakota officials said.

Some states have signed confidentiality agreements or otherwise pledged not to release the information, including New Jersey, Pennsylvania and Minnesota.

Brown reported from Billings, Mont. Josh Funk in Omaha, Neb., and Gosia Wozniacka in Portland, Ore., contributed to this report.