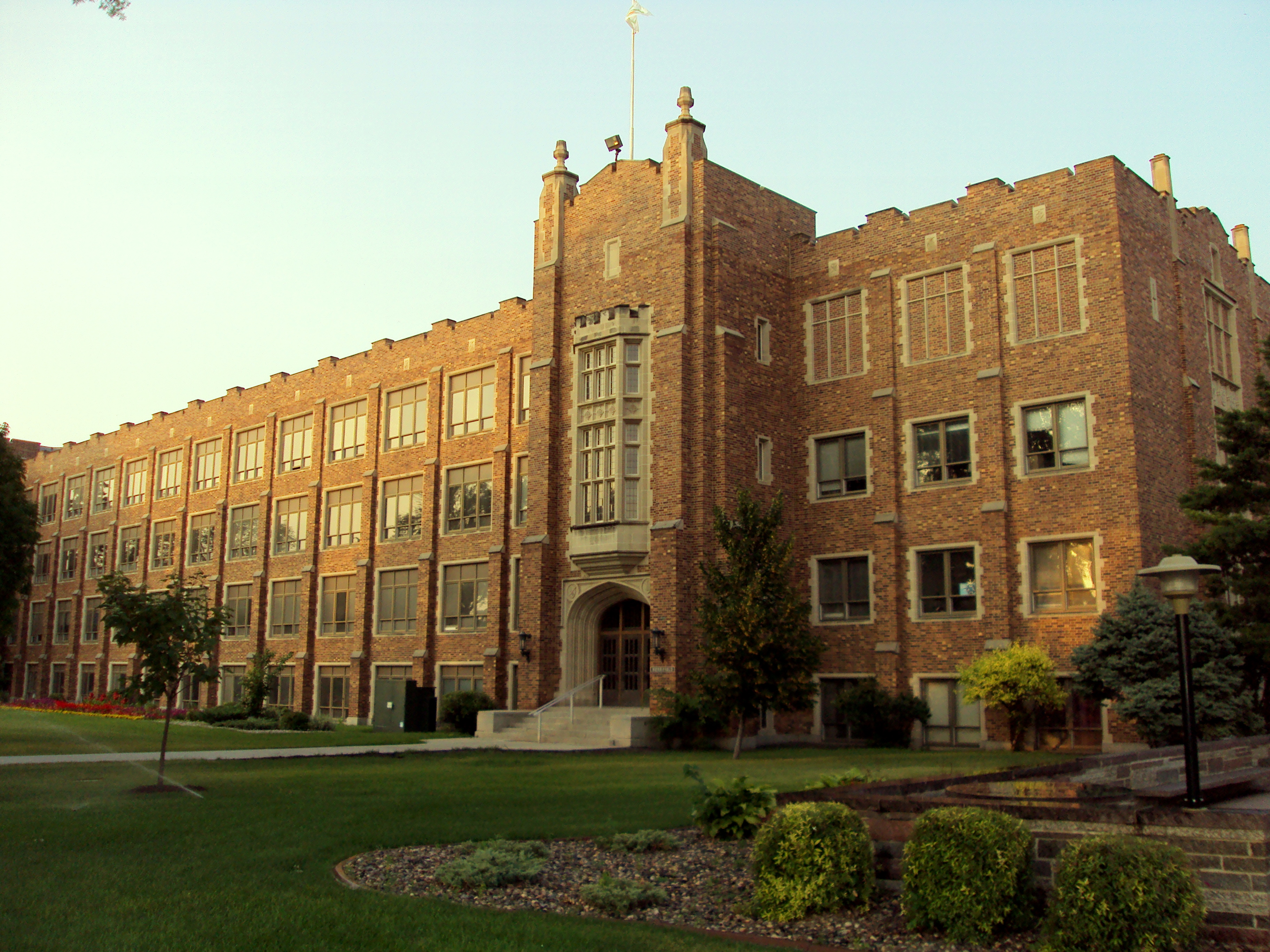 By Jennifer Oldham  Aug 26, 2014 11:01 PM CT
Save
North Dakota is struggling to finance deteriorating public universities even as it experiences the biggest energy boom in its history, raising concern that less prosperous states will face more serious funding challenges.

Students returning this week will attend classes in buildings without adequate ventilation or fire detection systems and in historic landmarks with buckling foundations. A space crunch is making it difficult for researchers to obtain grants and putting the accreditation of several programs at risk, administrators say.

“It’s embarrassing,” said North Dakota state Representative Kathy Hawken, a Republican from Fargo who sits on the higher education funding and budget committees. “We have a divided legislature on higher ed: Some think we put too much money into it and some think we don’t put enough. Buildings aren’t people, so we don’t put dollars there.”

Repairs to the campuses lag as North Dakota’s economy outpaced every state since the recession ended in 2009, with the fastest growth in personal income, tax revenue, jobs and home prices, according to Bloomberg Economic Evaluation of States data. The state reaped $6.8 billion in oil and gas tax revenue from fiscal 2006, when the Bakken boom began, through fiscal 2013, according to the Office of State Tax Commissioner. The Bakken shale formation holds the nation’s second-largest oil supply.

Public universities carried an average maintenance backlog of $99 per gross square foot in 2013, with North Dakota’s clocking in at $85, said James A. Kadamus, vice president at Sightlines, a Guilford, Connecticut-based consulting firm. With electrical systems unable to support the newest technology and heat escaping from worn roofs, officials can no longer afford to ignore aging buildings, he said.

“We are seeing a significant shift — we have a lot of space all coming due at the same time,” Kadamus said. “There isn’t going to be enough money to fix everything.”

Two-thirds of the university system’s buildings in North Dakota are around a half-century old. Nine of its schools’ heating plants need to be replaced in the next four years. Many buildings are full of asbestos and lead paint, increasing operations costs.

As the wind chill plummeted to 40 below zero early this year during the coldest winter on record inValley City, the boiler that heats its university failed. Workers patched pipes on the 52-year-old heater with duct tape at the campus 61 miles (98 kilometers) west of Fargo.

“It’s just a matter of time before something like that happens again,” said Rick Tonder, director of facility planning for the North Dakota University System. “Now that we have some extra dollars from oil revenue it would be a great time to reinvest in our facilities.”

Since 2001, North Dakota appropriated about $328 million to major capital projects, including new construction and renovation at the public universities.

“North Dakota is a very frugal state and for many years, we utilized Band-Aids on some of our state buildings,” Hawken said. “Getting to the point where you realize you are not just wasting money, you are investing money in the future — that’s the point we need to get to.”

Thirty percent of energy tax revenue goes into a Legacy Fund that can’t be tapped until 2017, with the remainder distributed to municipalities and other needs, leaving lawmakers $300 million each biennium, said Kathryn L. Strombeck, director of research for the tax commissioner.

Universities will receive funding for repairs in the legislative session that convenes in January, said Jeff Zent, a spokesman for Governor Jack Dalrymple. The governor will include a list of university projects in his 2015-2017 budget proposal.

“We will do more for higher education,” he said. “Exactly how that will all be worked out is yet to be seen — we are just getting into the budget process.”

Maintenance needs at public universities will compete for lawmakers’ attention with transportation demands resulting from heavy truck traffic in oil country. The bill to fix roads in the next two years:$983 million.

Every campus in the system has critical needs. At North Dakota State University in Fargo, chemists in Harris Hall lug buckets of water from the men’s restroom to conduct experiments because there isn’t adequate running water.

A faulty exhaust system sucks up ash from ovens and sends it raining down in Associate Professor Senay Simsek’s office, tripping fire alarms in the facility — one of two in the country that providesquality control for wheat.

“Wheat is a $1 billion business,” said Simsek. “We see trade teams from the Philippines, Japanand Italy. If you provide the wrong data, they make the wrong decisions.”

“We’ve been told they won’t be able to certify the chemical storage unit — it’s outdated,” Ellingson said on a recent tour. “We are going through extra work to get grants because of this.”

At Sudro Hall, which houses the state’s only pharmacy program, administrators were warned by accreditation officials they must provide more space. If they don’t do so by 2016, NDSU could lose certifications that students rely on to become licensed, said Charles D. Peterson, dean of the College of Pharmacy, Nursing and Allied Sciences.

“I would be disappointed, if not shocked, if they turned us down, putting us at risk for our accreditation,” Peterson said.

Ellingson asked the state’s higher education board for $137.8 million in projects, including new chemistry, engineering and food science buildings and the remodeling of Sudro Hall, on the list it submits to the budget office.

The system would replace the coal boiler and a natural gas boiler that’s unavailable on extreme winter days because lines coming into the city cannot handle the load, said Douglas V. Dawes, the university’s vice president for business affairs.

On days like that, Dawes said he can expect a call from the utility company asking the school to discontinue its use of natural gas.

“When it gets really cold it’s the worst time to ask us to turn it off,” he said. “Yet when it’s the coldest is when we can expect it. It makes sense to replace it.”

To contact the reporter on this story: Jennifer Oldham in Denver at joldham1@bloomberg.net