Officials to talk in Bismarck about energy policy – Bismarck Tribune 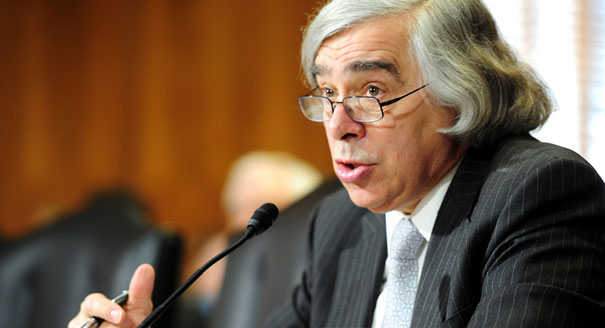 Federal officials will join members of North Dakota’s congressional delegation in Bismarck today in a discussion of the country’s energy policy.

The meeting is part of President Barack Obama’s first-ever Quadrennial Energy Review. It is meant to review issues considered to be most critical in developing a national policy for energy infrastructure.

The discussion begins at 11 a.m. in the Bavendick Stateroom with time set aside for public comment.

Obama issued the directive earlier this year as part of his Climate Action Plan.

Heitkamp has pushed for a meeting in North Dakota for the national energy strategy review. Hoeven also pushed for the review, as part of 2012 legislation seeking enhanced development in energy sectors.

Several meetings as part of the Quadrennial Energy Review already have been held across the country.

During a special Wednesday meeting of the North Dakota Industrial Commission, Dalrymple said today’s session will be a good opportunity to ask federal officials about issues that could impact the state.

Dalrymple said he hopes to have officials clarify why Bakken crude oil is specifically called out in a recent study by the federal Pipeline and Hazardous Materials Safety Administration as being more volatile than other light crudes.

The Industrial Commission was briefed Wednesday on a study by Turner, Mason and Company and SGS Laboratories. Funded by the North Dakota Petroleum Council, it had said Bakken crude was no more volatile than other light crudes.

Dalrymple said he also has questions about how proposed oil-by-rail rules released last month would be implemented if they’re enacted.