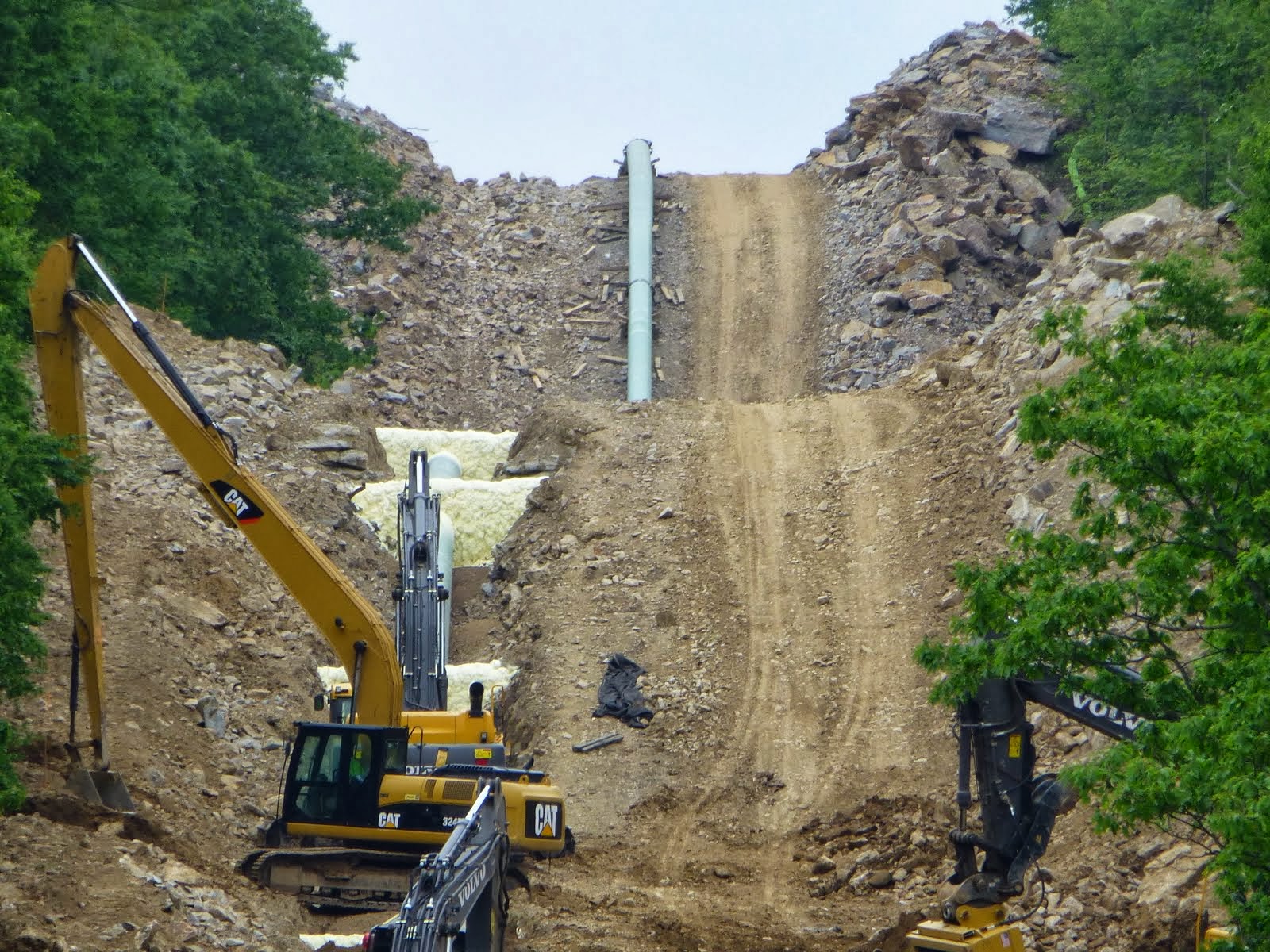 Goldman & Braunstein, LLP, a Columbus, Ohio-based law firm that represents private landowners, filed a Motion today with the Federal Energy Regulatory Commission (FERC) to intervene in an Application submitted by Rover Pipeline, LLC (Rover) to construct the proposed “ET Rover” natural gas pipeline (FERC Case No. CP15-93). Rover, a subsidiary of Dallas-based Energy Transfer Partners, LP, one of the largest natural gas infrastructure conglomerates in North America, is seeking FERC approval to construct over 700 miles of new natural gas pipelines, primarily in Ohio (Rover Application page 10). According to Attorney Michael Braunstein, the schedule submitted in Rover’s Application (pages 14, 46) poses significant risks to Ohio landowners.
The development of fracking operations in Ohio’s Utica shale has spawned thousands of miles of pipelines to serve the region’s growing oil and gas production. It has also spawned numerous conflicts between pipeline companies and landowners along the routes (see Texas Eastern Transmission, LP v. 3.2 Acres, et al., Case No. 2:14-CV-02650 (S.D. Ohio Jan. 12, 2015); see also Rockies Express v. 4.895 acres, et al., No. 2:08-CV-554, 2008 (S.D. Ohio Oct. 27, 2008)). “Rules and procedures developed before the shale boom are no longer adequate to protect landowners’ fundamental, constitutional property rights and fairly resolve these conflicts,” says Braunstein.
Goldman & Braunstein’s Motion claims Rover’s Application seeks FERC approval of a schedule that will require a writ of immediate possession from the federal court (See Motion at 5, citing Rover Application pages 14, 46). “This will dispossess hundreds of Ohio families from their land without a meaningful opportunity to be heard and without being fully compensated before their land is taken,” states Braunstein. “These are rights guaranteed by the U.S. Constitution and the Ohio Constitution.” According to the Motion, a writ of immediate possession enables private companies to take land from its owner prior to the determination and payment of compensation, contrary to Ohio’s eminent domain laws (Motion pages 4-5, citing the Ohio Constitution, Article XIII, § 5).
Goldman & Braunstein represents Ohio landowners faced with projects that are vested with the power of eminent domain to take private land. In a typical eminent domain case, a lawsuit is filed and the filing company has the right to take the land only after the case is completed and the landowner is fairly compensated. “The right of immediate possession, which Rover is seeking, would enable it to take the land from its owner before the determination and payment of fair compensation,” explains attorney William Goldman. “That extraordinary right is rarely granted and is generally reserved for governmental use only under very narrow circumstances. The right of immediate possession has not been granted to Rover under state or federal law and the Rover schedule is improperly based on the exercise of that right.”
According to Goldman, “by speeding up the process pipeline companies will post a bond in the amount they feel is ‘appropriate’ compensation, and then immediately enter the land to begin construction.” It is Goldman & Braunstein’s contention that the bond is not adequate to protect property owners. “The company taking your land should not also be able to tell you how much it is worth. That’s not fair and it’s not the law,” states Braunstein.
“This is not an isolated case,” explains Goldman. “Texas Eastern recently submitted a similar schedule for constructing the OPEN pipeline in eastern Ohio, dispossessing more than 400 families of their land” (See FERC Case No. CP14-68 at 10). “We watched as those landowners were deprived of their constitutional rights and realized that we could no longer sit on the sidelines during the FERC process; we have to be proactive,” states Braunstein. “We want to send a message to pipeline companies that they cannot do this.”
Goldman & Braunstein filed its motion on behalf of the numerous landowners it represents whose land has been surveyed for the ET Rover pipeline. “Ohio property owners are being stripped of their rights before they are even aware that they will be affected by a pipeline,” Goldman says. “We are fighting for these landowners.”
To read the motion filed by Goldman & Braunstein in its entirety, and to learn more go here: www.ohippipelineresults.com.*