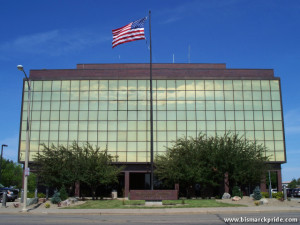 Because of strong public interest, the groups are also asking for an immediate suspension of the process of review and approval of the August 11, 2015 Rules on Radioactive Waste currently being conducted by the AG’s office and the Administrative Rules Committee of the Legislative Council.  Because of potential health and public safety risks, the groups also ask AG Stenehjem to hold the questionable rules in abeyance until an opinion is issued.  They request the opinion be provided “with the utmost of speed” and if a violation is found, for all actions taken by the NDHC regarding cancer-causing radioactive waste on August 11, 2015, be declared void.

DRC chair Linda Weiss of Belfield stated, “At the meeting in question, the Health Council basically opened the door for North Dakota to become a depository for the nation’s radioactive garbage.”  On August 11, 2015, the NDHC, the governing body of the ND Health Department, made the unanimous decision to raise acceptable levels of toxic radioactive material for ND landfills from 5 picocuries to 50 picocuries, a ten-fold increase.

Health Department records indicated the decision to hold the meeting on August 11, 2015 was made on or before April 22, 2015 when the ND Health Council email group was notified of the date.  ND Open Meeting Law states when members of the governing body are notified of a meeting, at the same time members of the public must be notified of the meeting.  Public notice came on August 6, 2015 from an automated news release from the Health Department, providing less than three full business-days’ notice.

ND-EIWC Chair, Darrell Dorgan of Bismarck said of the request, “Even from the partial records we received and reviewed, it is clear the ND Open Meeting Law was deliberately or carelessly violated.  I’m not sure which is worse, that North Dakotans were deliberately denied their constitutional rights, or that staff and members of the ND Health Council just didn’t seem to care about the potential health risks of their actions.”