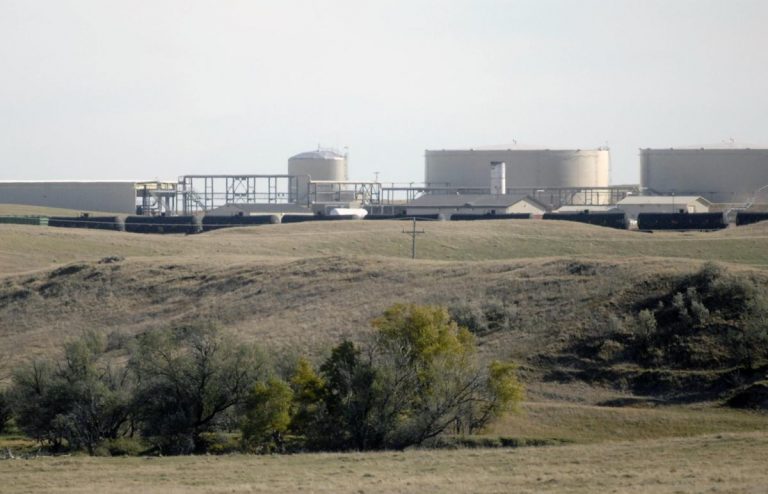 Andeavor proposes to expand its crude oil terminal near Fryburg to also load natural gas liquids onto rail cars, a change that requires the North Dakota Department of Health to revise the facility’s air quality permit.

“Why would you put these facilities so close to the only national park in North Dakota?” asked Eric Thompson, of rural Bismarck. “They had an entire western portion of the state to work with.”

About 20 people attended a hearing and question-and-answer session in Dickinson, with several questioning the cumulative impact on the national park’s air quality from multiple industrial facilities and oil wells in the area.

“I truly fear for the park, its creatures, its visitors and its future,” said Susan Leake, of rural Emerado.

Representatives from the Division of Air Quality said they evaluate the cumulative impact on air quality from multiple facilities when reviewing permit applications.

In addition, health regulators said they ensure the state is staying within ambient air quality standards, with air quality monitors positioned at the Painted Canyon Visitor Center and the North Unit of the national park.

“We are meeting all the standards and we take that seriously,” said Rheanna Kautzman of the Division of Air Quality.

The Fryburg rail terminal is currently permitted as a minor source, which means emissions are limited to less than 100 tons per year of any pollutant.

Now Andeavor is proposing to also load natural gas liquids onto rail cars and will cut the number of crude oil cars that can be loaded by half in order to stay below the emissions limits, Kautzman said. The natural gas liquids will be transported by pipeline to the rail terminal from the nearby Belfield gas plant.

“I have a hard time grasping how this expansion doesn’t mean more pollution,” said Laura Grzanic, who lives near the rail terminal and is a member of the Dakota Resource Council.

A representative of Andeavor attended the meeting to listen to the concerns but did not comment during the hearing.

If health regulators deny the change in air quality permit, the facility would continue to have a permit for loading crude oil, said Terry O’Clair, director of the Division of Air Quality.

Meridian Energy at one time discussed using the rail facility to transport refined products from the proposed Davis Refinery, but that’s no longer planned, Kautzman said.

O’Clair said he anticipates the agency will issue a decision on the Davis Refinery air quality permit in June.

Marie Hoff, of Bismarck, said each additional industrial project near the South Unit of the national park makes it easier for another project to come along.

“There’s nowhere in the state of North Dakota government to look at the overall comprehensive viewpoint of what’s going on in terms of industrial development in this area,” Hoff said.

More information is available at www.deq.nd.gov/AO/PublicCom.aspx. Public comments will be accepted through June 6 at AirQuality@nd.gov.