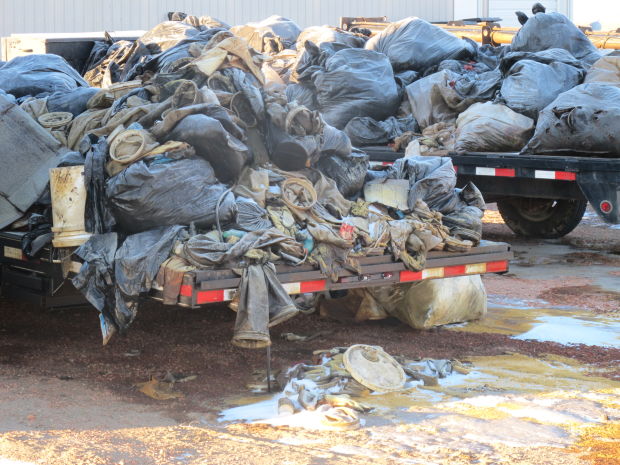 A study that could lead to disposal of radioactive oil field waste in North Dakota recently has been turned over to state health officials.

The state Health Department hired Argonne National Laboratories, of Illinois, last year to help in deciding whether the state should allow radioactive materials to be disposed of under its solid waste management program and if so, where and under what kind of rules.

Environmental Health Division chief David Glatt said the study results are a draft only and are under technical review by his staff. Glatt said the draft is not available to the public and the information won’t be released until any revisions are made and the study is in final form.

Depending on results, the state could propose new landfill rules to allow some level of radioactive disposal here. Glatt said the public will be asked to comment. He said it’s possible the study could be final in September.

Currently, the state’s limit of 5 picocuries per gram is so low it effectively serves as a total ban.

The situation means that oil field waste, like filter socks, tubing and tank sludge must be trucked out of state to certified landfills. Because of the expense, some operators are stashing the materials in abandoned buildings and farmsteads.

One way to prevent the materials turning up at local landfills, where haulers are subject to strict fines, and in community dumpsters, could be to allow some legal disposal near the oil patch.

In an email on the topic, solid waste program manager Scott Radig said no specific plans to raise the allowable limit were made going into the study. Any change would have to be supported by the study results, he said.

The department provided some of its own analysis of oil field samples to Argonne. The samples were collected between 2011 and 2013 in several locations across the Bakken formation.

Results vary widely, from radioactive readings as low as 8.5 pCi on a tank sludge sample from Dunn County, all the way up to 9,800 pCi on sample of tube scale from Mountrail County.

The department and industry refer to the radioactive waste as TENORM, meaning it’s the result of materials in contact with naturally occurring radiation in North Dakota’s geology.