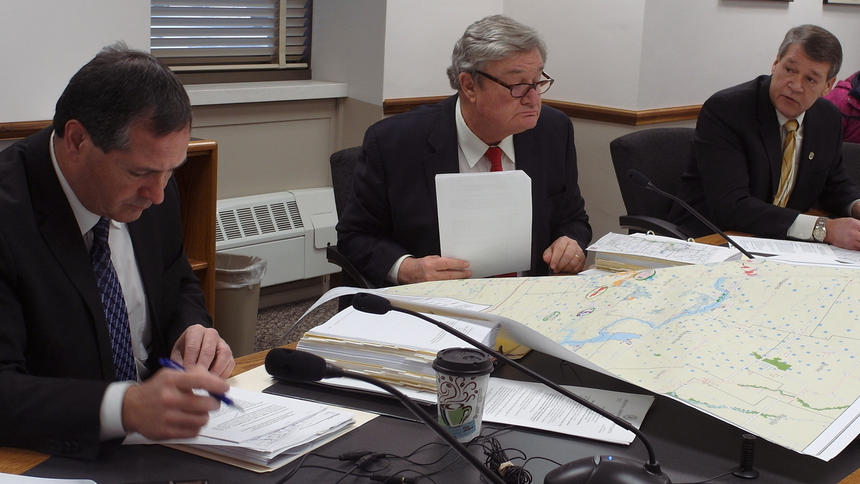 The records were requested by a campaign volunteer for Democrat Ryan Taylor, who is running for state agriculture commissioner against incumbent Doug Goehring, a Republican who sits on the Industrial Commission with fellow Republicans Stenehjem and Gov. Jack Dalrymple. The three-member commission has grown in importance because it governs the state’s booming oil and gas industry.

Taylor, a former state senator and cattle rancher, requested an opinion on whether the commission violated the open records law by not providing the meeting minutes within a “reasonable” amount of time as required by the law. A citizen’s guide prepared by Stenehjem’s office states that, “Generally, a ‘reasonable time’ is measured in hours or a few days, but depending on the amount and type of records requested and various other factors, it may be several days or weeks.”

One of Taylor’s campaign volunteers, Ellen Chaffee, a former president of Valley City State University who also was Taylor’s running mate in his failed bid for governor in 2012, made the records request March 5 for minutes of all commission meetings from 2009 to March 1 of this year. Chaffee followed up on March 18 and 30 to check on the status of her request, which was eventually satisfied on April 28.

In his opinion, Stenehjem noted that commission Executive Director Karlene Fine reviewed more than 2,500 pages of minutes in order to assure that no confidential information would be released. Stenehjem also pointed out that the commission has only two staff members who were working on several big projects at the time, including Outdoor Heritage Fund grant awards and a new policy for reviewing applications for oil and gas drilling permits.

“Although I recognize that this was a voluminous request that came at an inopportune time and required a detailed review to assure no confidential information was released, such reasoning does not justify a nearly two month delay in responding to a request for meeting minutes,” his opinion states. “I therefore find the Industrial Commission violated open records law when it failed to timely reply to a records request.”

Chaffee has now received all of the requested records, so “there are no further corrective measures to be taken by the Industrial Commission,” Stenehjem wrote.

Changes have been made in how commission minutes are processed in order to be more responsive in the future, including posting meeting minutes on the commission’s website, the opinion states.