Still looking for a cause – Williston Herald 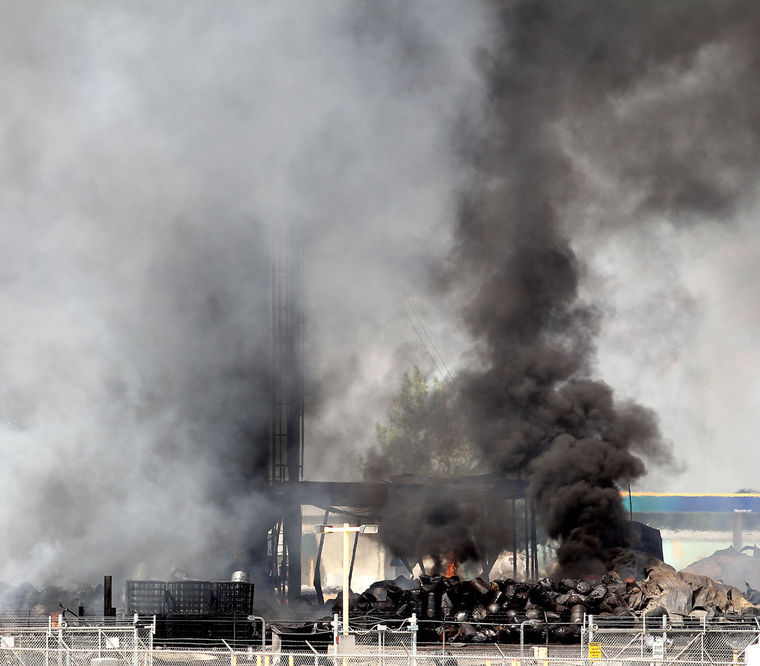 Still looking for a cause

The Bureau of Alcohol, Tobacco and Firearms and Explosives and the North Dakota Fire Marshal Division are working to discover the cause of the fire that occurred July 22.

The federal and state agencies have suggested they are leaning toward announcing an accidental cause, but official reports will be released in the upcoming weeks, according to city department heads.

Meanwhile, clean-up operations are set to continue for the next 60-90 days, according to Red River Supply in a press release Wednesday.

“Dust may be produced during some of the clean-up activities. Please use caution and common sense to reduce personal exposure by avoiding outdoor activity in that area when visible dust is present,” according to Red River. “People with respiratory disease or unusually susceptible people should consider reducing prolonged or heavy exertion if in a dust cloud.”

“Continuous air monitoring is being performed 24 hours per day both on-site and off-site, and appropriate action will be taken when necessary,” according to Red River.

Due to the clean-up efforts, the speed limit on U.S. Highway 2 and 1804 and East Broadway will remain at 25 MPH with clear signs flagging the speed zone. There will be a high volume of equipment and workers in the area, so exercise caution in the area.

“It may be advisable to avoid this area completely, if possible,” according to Red River.

Red River has been in Williston for 34 years. The company has grown to become a materials handling, warehousing, distribution and trucking center. The site serves as a transloading facility for Burlington Northern Santa Fe railway, handling dry goods, crude oil, and drill pipe and casing. A variety of chemicals were stored at the location.