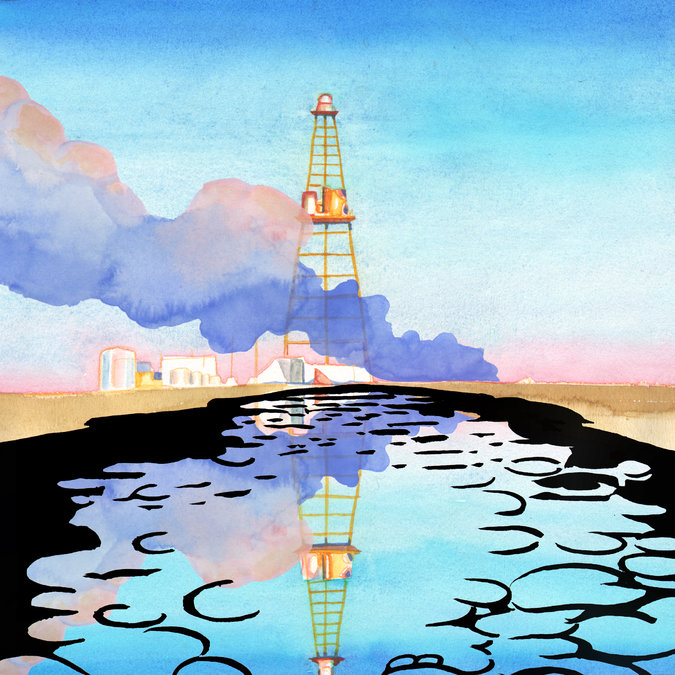 Your excellent article on oils spills and pollution in North Dakota shows the drilling-mud-encrusted depths to which elected and non-elected officials will descend in their abject failure to strengthen and enforce regulations, assess meaningful fines, and protect the citizens and land of North Dakota.

When land and water become polluted, they are useless. When will Gov. Jack Dalrymple and others wake up?

Continental Resources, an oil company with a poor safety record, was not penalized until its 11th blowout. The pipeline companies are failing us by not providing leak detectors or by having inadequate detection systems.

None of this is rocket science. It just takes responsible companies and government officials, both apparently in short supply in North Dakota.

Not all of us North Dakotans have our heads in the sand. However, the Legislature and state government have allowed oil companies to run like a freight train over the state. There are responsible people peppered within our state agencies and the Legislature, but they are overwhelmed, outfinanced and outnumbered.

People here are not used to being advocates. They are “North Dakota nice.” They trust authority. It will be up to the next generation of young North Dakotans to fix this mess, but they better start voting.

North Dakota’s success as an energy leader has been transformative for the economic security of its residents and has not come at the expense of sound regulation, contrary to your recent article. According to the Western Organization of Resource Councils, North Dakota is the only state with enough inspectors to inspect every producing well at least once a year.

We can all agree that even one incident is too many, yet your reporting does not provide a fair picture of the stringent standards governing the state’s energy development. The North Dakota Industrial Commission — elected by and accountable to the state’s citizens — continually adopts regulations to meet new challenges, passing more than 70 new or modified rules in the last two years. State leadership has demonstrated that we can have a balanced approach to energy, combining safety and environmental stewardship with domestic investment and job creation. Because of this, the rest of the world now views North Dakota — and the United States — as energy superpowers.

The writer is director of upstream and industry operations at the American Petroleum Institute.

In Bergen County, New Jersey, where trains carrying Bakken crude come through 11 heavy populated towns, our Coalition to Ban Unsafe Oil Trains has demanded city, state and federal legislation and action by the Department of Transportation to protect us from these toxic time bombs. Tragically, 47 people were killed last year when a train carrying crude oil exploded in Quebec. As in North Dakota, our governor, Chris Christie, refuses to allow transparency about the toxicity and the regulation of these trains. We don’t even have information about real evacuation and decontamination plans.

I grew up in North Dakota, and my family holds some mineral rights in the area, but small holders like us don’t reap the supposed benefits of this boom. As the article points out, the oil companies, the railroads and a select few like the governor take most of the spoils. It is not unreasonable to require those who have benefited so greatly to pay for the cleanup. That can happen only with strong and honest regulation. It’s time for North Dakotans to demand better of their politicians.

Your reporting is spot on. Oil extraction is a messy and high-stakes industry, and, yes, those who have influence get special treatment. The oil industry directly contributes to climate change and pollution.

However, let’s not ignore the fact that oil promotes the growth of American companies, the gross domestic product and jobs. The Great Recession is not that far behind us, and for me jobs and energy independence are far more important than putting an end to drilling because of environmental concerns.

North Dakota and America are very fortunate to have this oil; the Bakken shale oil fields add billions of dollars to the state’s economy and lead to the $450 million surplus that North Dakotans will enjoy in 2014. We all use oil every day, so why wouldn’t we use American oil?

The late CBS News correspondent Eric Sevareid, a native son, once referred to North Dakota as “a large, rectangular blank spot in the nation’s mind.” After the coal, oil and railroad cartels are done, I imagine it will return to being a blank spot — poisoned and desecrated — again.

Although I am from Vermont, I have lived in North Dakota twice and got to know its beauty. Now, the state is under assault. Kathleen Norris wrote a wonderful book called “Dakota: A Spiritual Geography.” It celebrated the ineffable quality of the alternately harsh and magnificent life on the Northern Plains. Unfortunately, when humankind gets done with North Dakota, we will have eradicated a good part of the spirit that she found there.

The indifference of North Dakota’s oil industry to the environmental damage it is creating is horrifying enough, but words fail me when I learn that the state agency charged with regulating that very industry shares that indifference.

In the future America will surely require increased energy production, especially in the form of electric power. At the same time it is a well-established scientific fact that global warming is directly related to fossil fuel consumption. Clearly the resolution of the collision is to develop alternatives to fossil fuels.

Photovoltaic solar receptors and wind turbines currently make up only about 5 percent of total United States energy production. This proportion is unlikely to increase appreciably until solutions are found to the problems of storing energy when the sun doesn’t shine or when the wind is inert.

One solution stands alone as the choice for a viable American energy future. It is the revival of our moribund nuclear power industry. The 1986 Chernobyl disaster and the 2011 reactor explosions at Fukushima are attributable to design errors that have been corrected by modern reactor technology and siting errors that are unlikely to be repeated.