The call for regional cooperation! Thoughts from an ND rural community discussion. 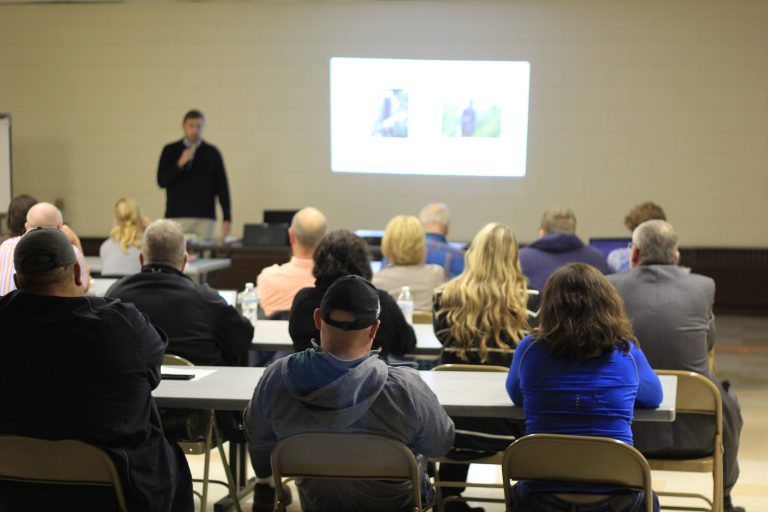 The Beulah public forum “Building Resilience in Coal Country”, hosted by Dakota Resource Council (DRC), was planned to discuss the future of the area that is currently reliant on the coal industry which is seeing hardships around the country. As we see bankruptcies, coal plant closures and mine shutdowns around the country, how can coal-reliant communities be supported going into the future? Coal has been the lifeblood to around 300 counties in the U.S. and the coal industry has supported our nations’ growth for the last several decades. Coal workers and communities deserve an equitable transition if that is what the future may hold. The forum hosted speakers, Jack Morgan and Kelli Roemer, who have experience with coal communities, economic diversification, and transition planning. People in Beulah, ND and surrounding areas who attended shared their thoughts during the community discussion. Two ideas that were thought could be of benefit to coal country in North Dakota were regionalism and cooperation and communication between institutions. So, what exactly does that even mean and how do we get there?

If you grew up in North Dakota, then you likely will understand small-town rivalries. Whether it be at high school sports, enticing new businesses, or just trying to be the “better” community. My hometown in rural ND had a rivalry and maybe yours did too. Rural communities are facing more challenges than ever before to function in a rapidly urbanizing world. More and more small-town grocery stores can’t compete with the low prices of big box stores and online sales. Less and less rural areas have reasonable access to a clinic or hospital. This story is becoming a sad reality for many rural communities. Rural communities already face many challenges, so the impact of the loss of primary industry could be devastating.

This is where regionalism comes in. Regionalism is when communities within a region, usually with similar geography, industries, and challenges, work together to solve problems and pool resources. Counties, at one time, served this purpose. However, county lines are somewhat arbitrary in the 21st century and may not be the best way to group a region anymore. County lines were created when people were still using a horse and buggy and often dependent on being able to get to the county seat within a day’s travel, an excellent reason back then. Now counties, especially rural counties, do not always have the resources needed to survive as our ability to travel longer distances becomes easier and more people move to urban areas. Regionalism offers a way for communities to pool resources to achieve goals and solve problems they might not be able to do on their own. Regionalism is a way to promote sustainable economic development for the communities within a region.

There is not a current way for counties, or even towns, to work together in this manner or pool resources. One example could be that a large manufacturing plant, placed strategically, may benefit more than one county and two counties together could offer an incentive package great enough to draw a company that they might not have been able to alone. Other examples include multiple counties pooling for broadband internet infrastructure. It seems obvious that when we work together we are able to accomplish more.

The power of a collective group of people is one of our mottos here at DRC. We, as a state, need to figure out how to do this. How can we work together to solve problems? What systems need to be created to do this?

Cooperation and Communication between Institutions

Another key point made during the community discussion was the call for cooperation and communication between institutions. Many of the forum attendees thought this would be beneficial to the area. This includes city government, county government, businesses, and industry. For example, currently a city government could be working on a project to address an issue, meanwhile, the county commission also wants to address the issue and is developing their own plans. Both groups could be moving in opposite directions and/or contradicting the other’s plan. While if they were to communicate, they could discuss the issue together and come up with solutions that are unified. It may seem surprising, but there is currently not a mechanism for this communication to occur. It would greatly benefit rural communities to figure out how to communicate and work on issues together.

It is unfortunate that we live in times where polarity runs rampant and divisive statements are used in common conversations that pit neighbors against neighbors. Even in North Dakota, with our Midwestern “niceness” we can find ourselves standing behind a line, pointing and yelling at the “other side”. There is no exception when it comes to conversations about energy and economic development. It doesn’t have to be this way though. There are North Dakotans who do not want to continue in this way and would actually like to see more cooperation and compromise. DRC hopes that when moving forward into the future, to solve the complex challenges we face, we can find allies in unlikely places and find common ground where we have not before.