Time to CALL OUT the North Dakota Farm Bureau! 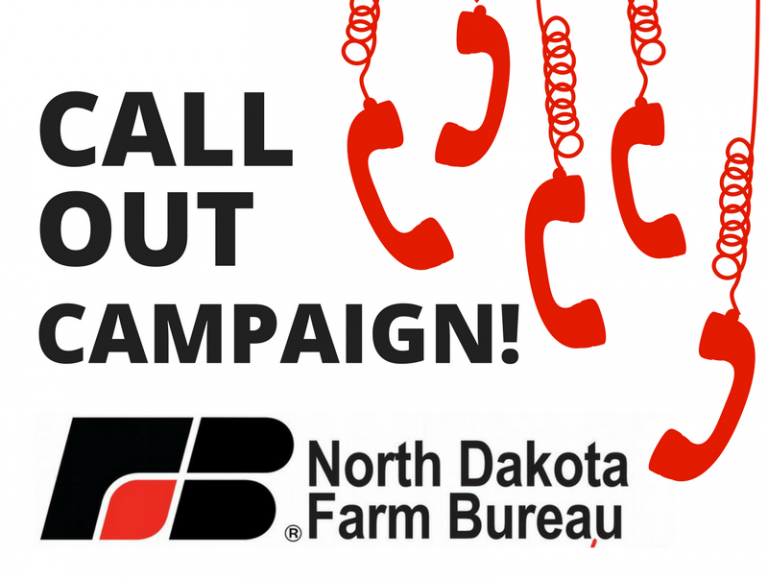 Remember how North Dakotans voted Measure 1 down in 2016 by more than 75% statewide?

Instead of respecting North Dakotans’ wishes, North Dakota Farm Bureau is now suing to have the entire law thrown out in court. 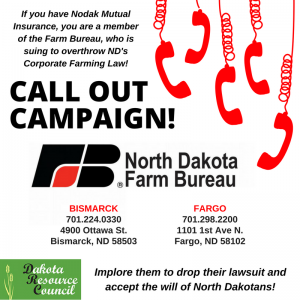 Ready to take action? Call out the North Dakota Farm Bureau for leading a lawsuit that the majority of North Dakotans don’t want!

What is at stake if North Dakota’s 84-year old family farming law goes away?

Watch our “A Farm With No Family” video series to see how large-scale, corporate ag has forever changed the livelihoods of farmers, ranchers, and communities in South Dakota.

BACKGROUND:
North Dakota’s anti-corporate farming law has been in place since a 1932 initiated measure. In the 2015 legislative session, SB 2351 was passed and signed into law by Governor Dalrymple. SB 2351 would have allowed nonfamily corporations to own and operate dairy and swine farms in North Dakota. The North Dakota Farmer’s Union led an effort to put SB 2351 on the ballot as a referendum. Twenty thousand signatures were gathered with the help of allies, including Dakota Resource Council, and SB 2351 was put on the ballot as Measure 1. Over the next several months, the North Dakota Farmer’s Union, North Dakota AFL-CIO, and DRC worked together to educate and mobilize voters to turn out and vote no on Measure 1. On June 14, 2016, Measure 1 and corporate farming were rejected statewide 75.73% to 24.27%. (See how all the counties voted here.)

Senate Bill No. 2351, passed by the 2015 Legislative Assembly, would allow the ownership or leasing of up to 640 acres of land for the operation of a dairy farm or swine production facility by a domestic corporation or limited liability company. Senate Bill 2351 would also require the agriculture commissioner to develop reporting and monitoring rules to ensure compliance.