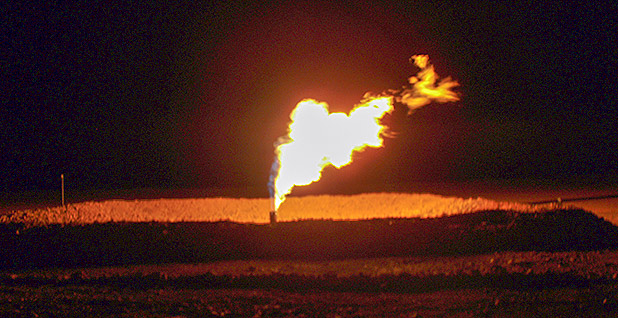 Fort Berthold Protectors of Water & Earth Rights (POWER) has been in a federal court battle with the oil industry and four states, including North Dakota, over the Bureau of Land Management’s Methane Waste Prevention Rule.

Fort Berthold POWER is made up of voluntary members who support regulatory protections and clean air quality within the boundaries of the Fort Berthold Indian Reservation in western North Dakota.

We’re asking a judge to uphold the 2016 Methane Rule which requires oil companies to fix leaky infrastructure that pollutes the air we breathe, pay royalties to allotted landowners for the wasted natural gas, reduce flaring, and stop venting natural gas into the air. We’ve joined other parties including Dine’ C.A.R.E., a tribal citizen group in Arizona, to fight to uphold the rules.

With oil and gas spills, fires, repeated pipeline leaks occurring in Mandaree throughout the first decade of oil extraction, we’ve witnessed what happens when there is little or no regulations and enforcement to protect our communities and families.

In 2017, the Three Affiliated Tribes Business Council, upon our urging, voted unanimously to support the rule. Despite this, the state of North Dakota is fighting against the protections for affected tribal members and other residents of Fort Berthold Indian Reservation.

In doing so, North Dakota is actively opposed to tribal allottees getting paid for the extracted natural gas from their own trust lands. The state is also opposed to reducing the air pollution, which includes hazardous air pollutants and cancer-causing benzene from leaking and flaring well sites on Fort Berthold.

Picture: Gas is flared in North Dakota. BLM’s rule to cut emissions of methane from drilling on public and tribal lands survived a court challenge. Photo courtesy of Wikipedia.