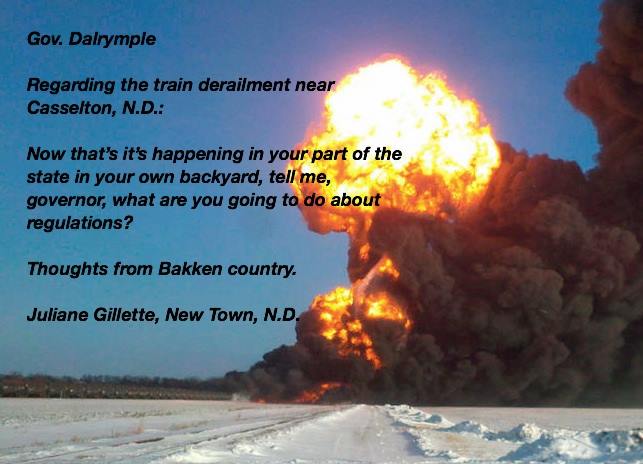 Oct 27 (Reuters) – North Dakota plans to issue new rules for the treatment of crude oil on Nov. 13, with regulators leaning away from any requirement specifying whether volatile components should be removed at the well site or a regional hub, so long as they are removed before transport, a state official said on Monday.

The standards will address safety concerns about the more than 1.1 million barrels of oil produced each day in North Dakota, especially after a string of deadly crude-by-rail accidents in the past year. Most North Dakota crude contains higher-than-average concentrations of ethane, propane and other combustible natural gas liquids (NGLs).

The North Dakota Industrial Commission, the state’s main oil regulator, plans to issue the standards at its November hearing, and thee rules likely will take effect on Jan. 1, Lynn Helms, head of the state Department of Mineral Resources, told Reuters.

“We’re trying to achieve a set of operating practices that generates a safe, reliable crude oil, whichever way you choose,” Helms said. “We, at this point, don’t want to pick winners and losers.”

The state likely will impose a set of standards for vapor pressure and other metrics that North Dakota crude oil must meet before transport, with regulators agnostic on whether that is accomplished at the well site or at a regional hub, Helms said.

Trains transport more than 60 percent of the crude oil produced in North Dakota, the No. 2 U.S. state in terms of oil production. Gov. Jack Dalrymple and the two other NDIC members have come under pressure in recent months to address the safety of North Dakota crude.

Environmentalists want the oil to be treated at the drilling site but oil producers are against that option. By avoiding the choice, the NDIC would sidestep the debate while satisfying federal regulators who want the state’s crude to be safe for transport. The new standards would also make it easy to implement any technologies that could be invented in the future to better help remove NGLs.

Continental Resources Inc, for instance, aggregates its crude at several regional hubs before distributing it for sale, while other producers truck or pipe crude directly to customers.

As recently as August, NDIC members had been leaning toward requiring well-site stabilization. The shift away from that requirement could make regulatory change more palpable for the oil industry. Existing equipment, including so-called “heater-treaters,” could help producers’ meet the standards with only minor changes.

The state’s top oil producers, including Continental and Hess Corp, have opposed any changes in standards, claiming at a hearing last month that existing practices are adequate. (Reporting by Ernest Scheyder; Editing by James Dalgleish and David Gregorio)