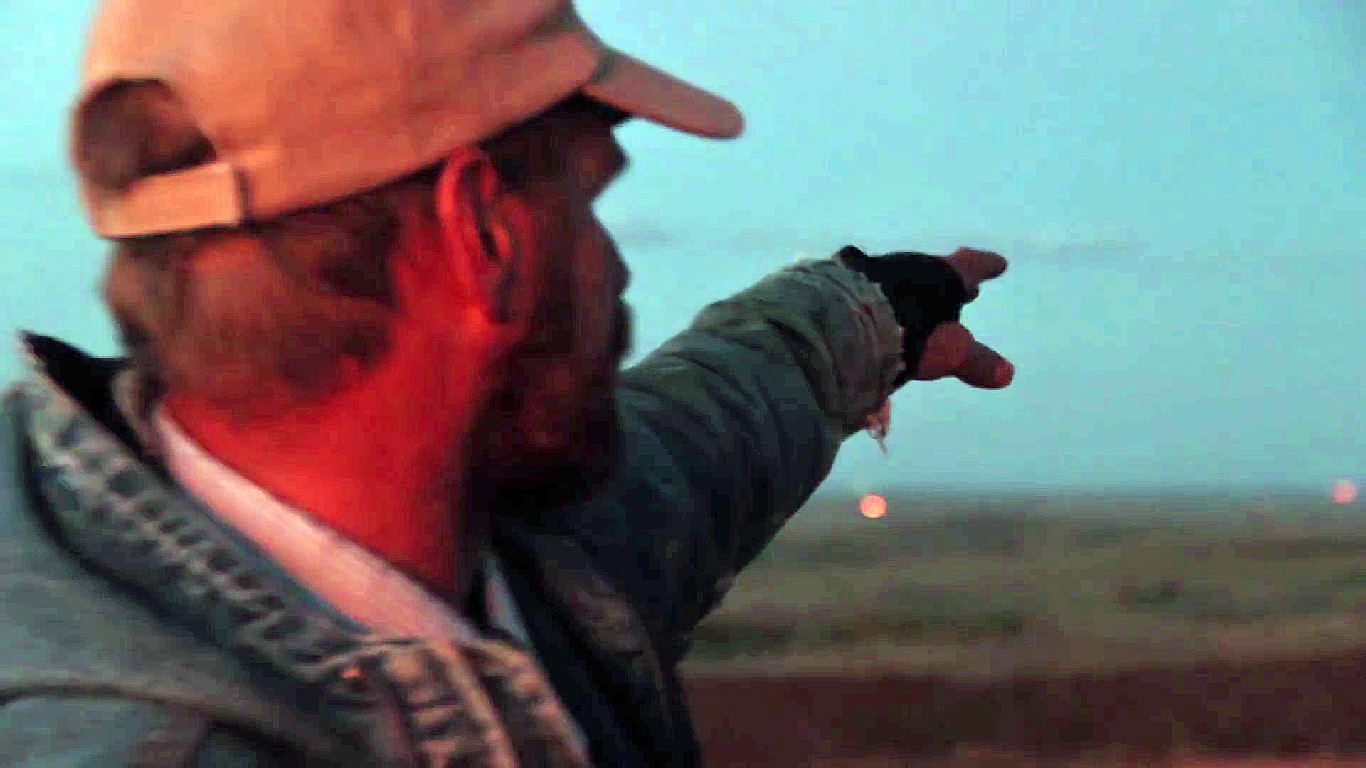 [colored_box color=”eg. blue, green, grey, red, yellow”]DRC Member Don Nelson pointing out all of the flares that can be seen from his ranch near Keene, ND.[/colored_box]

Western states, feds need to do more to control flaring

A coalition of conservation groups is urging Western states and federal regulators to adopt stronger regulations to control natural gas flaring and venting at drilling sites, arguing it harms the environment, diminishes the quality of life of nearby residents and cheats taxpayers out of royalties on public lands.

The 35-page report, titled “The Flaring Boom,” was heavily criticized by the Western Energy Alliance, an oil and gas industry trade group that said it contains “alarmist language that is patently false.”

Released today by the Western Organization of Resource Councils (WORC) — a coalition of groups that includes the Western Colorado Congress and the Northern Plains Resource Council, along with farmers and ranchers — the report recommends that regulatory agencies adopt flaring policies similar to a more than four-decade-old policy in Alaska, where permits are not issued for flaring, which is allowed only in emergency situations or during testing procedures.

The report is also critical of the Bureau of Land Management’s efforts to oversee the oil and gas industry, stating that BLM’s actions to control flaring are “characterized more by oversights than oversight.”

BLM is currently in the process of rewriting a 34-year-old rule to keep more natural gas in pipelines and ensure a fair return to the U.S. Treasury (Greenwire, March 20). Several states, including Wyoming, have adopted or are considering stricter flaring standards.

These federal and state regulations are needed, according to WORC, because the low price of natural gas has provided the industry with little financial incentive to capture and bring to market the gas byproduct produced during oil drilling.

“Although it often benefits individual oil companies to flare and thus waste the gas associated with oil production, the collective costs of flaring off gas across an entire state or region may be very significant,” the report says. “Flaring, together with venting and methane leaks, contributes to health impacts and declining quality of life for everyone living or working in the communities near oil and gas fields. Flaring also contributes to global climate change and reduced enjoyment and value of private property, and denies fair value to mineral owners and taxpayers.”

The report recommends that federal and state regulators “adopt the policies of Alaska, giving no permits for flaring, requiring explanations for all releases of gas, and taking appropriate enforcement action as needed.” As a result of that policy adopted in 1971, almost all the extracted natural gas in Alaska is recovered, whereas nearly one-third of the gas produced over the last few years in North Dakota “was flared or otherwise wasted.”

Even if strict standards like those in Alaska are not adopted, requirements should mandate that all flaring permits be reviewed at public meetings, and drilling operators “should be required to pay full royalties to all mineral owners, public or private, on all oil and gas wasted through flaring, whether authorized or not,” the report says.

“Flaring lowers quality of life in oil-producing communities through increased air pollution, deprives royalty payments to those owning the rights to the natural gas and contributes to climate change,” said Donald Nelson, a rancher from Keene, N.D., and the chairman of WORC’s Oil and Gas Campaign Team.

The latest report comes as shale oil and development of oil in tight sand formations is booming in places like North Dakota, and the issue of flaring of methane and other greenhouse gases has become a topic of growing discussion.

Venting and flaring have increased in recent years. The WORC report says that natural gas flared at sites nationwide in 2011 could have provided nearly 2.9 million American homes with all of the natural gas needed that year.

And, according to BLM data, industry applications to vent or flare gas — rather than capture it, send it to market and pay federal royalties — have risen nearly threefold in the last three years (Greenwire, Nov. 4).

A separate report from Taxpayers for Common Sense, also released today, said drillers received $380 million in royalty breaks from natural gas extraction in the last several years that is exempted from federal royalties because the gas is either used by drilling companies at the well site or allowed to be vented or flared into the atmosphere (Greenwire, Nov. 19).

Kathleen Sgamma, vice president for government and public affairs at the Denver-based Western Energy Alliance, said the report does not fairly characterize the federal and state oversight of the industry.

“North Dakota and New Mexico have seen increased levels of flaring because of the boom in new oil plays,” Sgamma said in an emailed statement. A major problem is that there’s simply not sufficient infrastructure in the form of pipelines to bring the excess gas to market, she said.

“States have rules that enable flaring for a certain amount of time, and then require capture. Those rules are based on reality on the ground, not what’s happening in Alaska where the oil plays and circumstances are very different,” she said. “For example, North Dakota is not going to hold up producing oil until all gas is captured, because that would hurt its economy and American energy security, but it is steadily increasing the percentage of gas capture. America still has demand for oil not completely met by domestic producers, yet there’s a glut of natural gas. Holding up oil production until all gas is captured just doesn’t make sense.”

She said that even if none of the gas were flared or vented, “there’s not a market for it all because of oversupply.”

“Companies are committed along with the state of North Dakota to increasing gas capture, and are investing over $6 billion in new infrastructure,” she added. “But it takes time to obtain the rights of way and install the gathering lines systems and pipelines. In the meantime, they’re producing energy that the country needs while flaring excess gas in accordance with standards that reduce emissions.”

But the WORC report notes other costs associated with the health impacts from flaring.

The report says that more than 250 toxic chemicals, including benzene, a known human carcinogen, and styrene, a skin and eye irritant, have been identified as being produced and released during flaring.

“Health effects associated with these chemicals are wide ranging and can be severe, especially for those living near flare sites,” the report says. “Animals (livestock, wildlife and pets), crops and vegetation are affected by the chemicals produced by flaring as well as people. Flaring can cause soil acidification, leading to depleted nutrients, lost fertility and reduced capacity for agricultural production.”

The Western Energy Alliance, which represents more than 400 energy companies that collectively account for nearly a quarter of the nation’s natural gas and 21 percent of its oil production, refuted the contention that flaring is a health concern.

“It is patently false to say that 250 toxic chemicals are released with flaring and venting,” Sgamma said in her email. “Also, I have responded to so many different studies lately with wildly different numbers on how much is flared, and I would suspect that WORC’s numbers and attempt to put them in context are likewise inaccurate.”