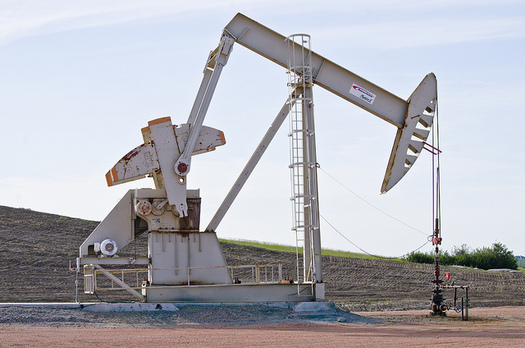 Illegal dumping of radioactive waste from oil wells has been rampant in North Dakota. (Tim Evanson/Flickr)

FARGO, N.D. – The North Dakota Department of Health could decide as soon as this week whether to grant a permit for a truck that transports and processes radioactive waste from oil wells. The request has been met with concern from critics, who say it lacks details and transparency.

At a public hearing this month, an owner of Minnesota-based White Wing Ltd. said the technology for the transporter is patent-pending, so he couldn’t give more details about how it works. Larry Heilmann, a retired molecular biologist who was at the meeting, said the public needs to know more before this plan is approved.

Heilmann contended that the health department doesn’t have enough employees to oversee and track waste properly. He also has concerns about who is financing the operation. At the public hearing, one of the company owners, Brent Lansburg, dismissed claims that White Wing is a shell company for the oil industry.

Transporting the waste is only part of the problem; where it goes may be an even bigger issue. Documentarian Darrell Dorgan said illegal dumping is rampant in North Dakota because of a lack of oversight. He says federally licensed dump sites are available in Idaho and Colorado, but “we just don’t use them because the oil companies complain that it’s too expensive.”

“Expense is not the problem here,” he added. “The health of people – and welfare of people who live on the Great Plains who have to put up with this waste every day – is what the problem is.”

Dorgan also is concerned about the state health department’s decision last year to raise the limit of picocuries per gram of waste. Picocuries are a measure of radioactivity.

“It sets the new limit in North Dakota at 50 picocuries; that’s 10 times the present rate,” Dorgan said. “A lot of people think that that’s incredibly dangerous.”

Listen to the radio broadcast HERE.