With eyes in the sky, researchers try to link fracking and illness – Grist 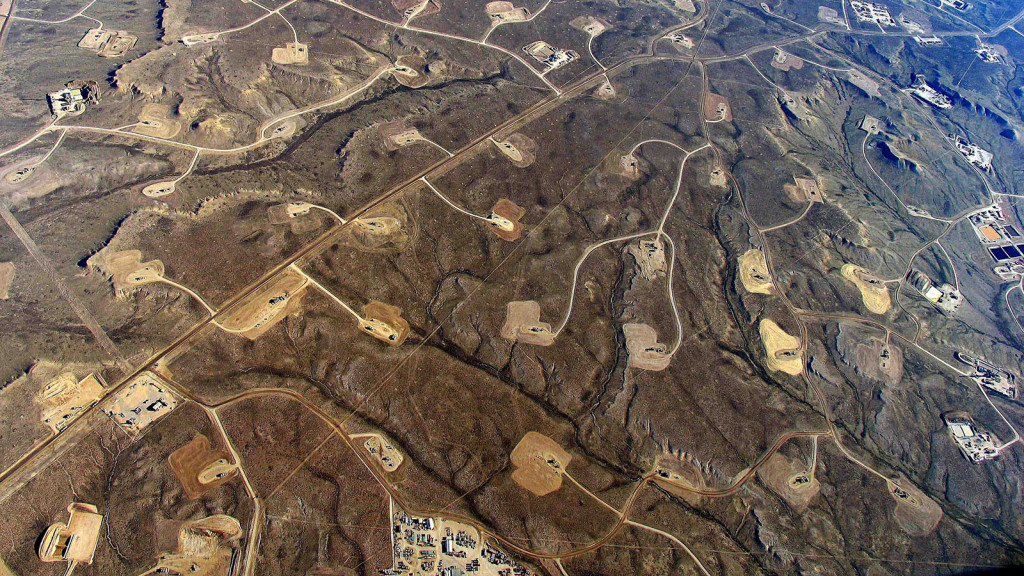 With eyes in the sky, researchers try to link fracking and illness

Fracking has long been the oil and natural gas industry’s best kept secret — in particular, the chemicals found in fracking fluids, which have been linked to a host of weird mystery ailments, like respiratory or gastrointestinal distress.

In Pennsylvania, there’s another secret Big Frack isn’t too keen on sharing: The exact locations of many well pads and waste pits scattered throughout the state. For researchers like Brian Schwartz, an environmental epidemiologist at the Johns Hopkins Bloomberg School of Public Health, homing in on these spots is crucial to understanding whether or not fracking really makes people sick.

Schwartz and his colleagues are currently working with the Pennsylvania-based Geisinger Health System to comb through the medical records of more than 400,000 patients across the state. They’re looking for any correlation between fracking sites and increased respiratory and neonatal health problems — and they needed to know just how close their patients were living to fracking sites.

Enter SkyTruth, a West Virginia nonprofit that uses satellite and aerial imagery to study the environmental impacts of oil- and gas-drilling, deforestation, mining, and the like. At the bequest of Schwartz and his team, the organization createdFrackFinder, an online well-pad mapper, as Richard Schiffman at Smithsonian Magazine writes:

They enlisted more than 200 volunteers in public meetings and on social media from as far away as Japan, who have collectively spent thousands of hours poring over satellite images of Pennsylvania’s bucolic landscape. SkyTruth trained its recruits online and with specially designed apps to distinguish regularly-shaped waste ponds from natural ponds and wetlands. Ten different volunteers examined each image to ensure the accuracy of the data.

What SkyTruth and their dedicated team of citizen scientists found was the undeniable explosion of the fracking industry across the state of Pennsylvania. Less than a decade ago, aerial shots revealed just 11 fracking ponds throughout the state; FrackFinder’s team counted hundreds of new ones — about 500, to be exact.

All this new data will help Schwartz’s team at Johns Hopkins determine whether patients with respiratory illnesses like asthma suffer greater complications the closer they live to fracking sites. It’ll still be several months before we know their results — but then at least we’ll know SOMEthing about the dangers of living near well sites. As for SkyTruth, the organization continues to partner with new teams to sniff out enviro-crime from the sky: The group just paired up with Walsh University in Ohio to track how much forest is cleared for shale drilling, and hopes to one day study the nearly 6,000 fracking wells scattered across Texas, too. Citizen science, FTW.