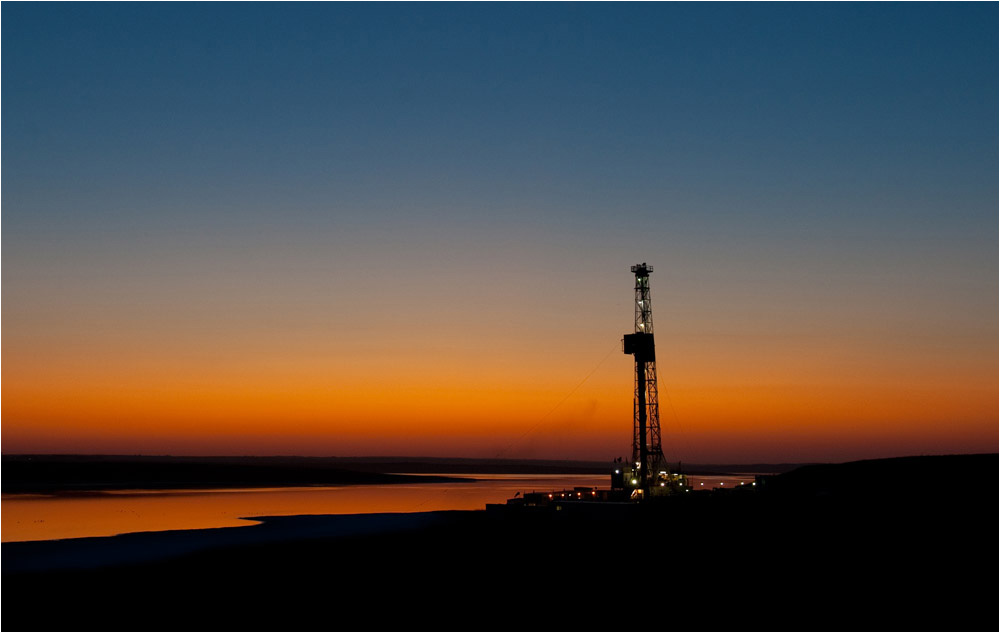 A new study challenges the long-held assumption that oil and gas drilling booms bring long-term economic prosperity to host communities, instead finding that the longer energy extraction activity is a major component of a local economy, the bigger the negative impacts.

“Our findings call into question the understandable, but mistaken assumption that long-term oil and gas development is a clear economic advantage for host communities,” according to the study. “Our study does not question the idea that oil and gas activity can have a strong immediate positive impact on employment and income, but it does suggest there are negative effects when fossil fuel development plays a major role in a local economy for a long-period of time.”

These conclusions are based on the evaluation of 207 counties in six Western states at the epicenter of an early 1980s oil and gas boom. The drilling boom peaked from 1980 to 1982 in Colorado, Montana, New Mexico, North Dakota, Utah and Wyoming.

The study — titled “Oil and Gas Extraction as an Economic Development Strategy in the American West” — evaluated a host of economic and socio-economic data collected in the 207 counties from the start of the boom in 1980 through 2011 in an effort to chart the full impacts of the energy development. It concluded that, on average, “counties that participated in the early 1980s boom experienced greater declines in socioeconomic performance with each year in which oil and gas income was above average.”

The study’s authors say its conclusions have relevance today in the West and beyond, where the ongoing “shale oil and gas boom has introduced a new phase of extractive commodity development” from Pennsylvania to North Dakota. What’s more, the six states in the latest study collectively produce more than 75 percent of the crude oil and more than 95 percent of the natural gas in the contiguous West, according to the study.

“In this context,” according to the study, “understanding the long-term social and economic impacts of energy development on local economies has tremendous importance.”

That way, communities experiencing a boom can “develop the key practices needed to mitigate energy impacts and invest in education, business promotion and public safety as part of a broader economic development strategy,” said Patty Gude, a research analyst at Headwaters Economics and one of the study’s authors.

“While there often are short-term employment benefits of oil and gas development, it’s important to know that many communities that have had long-term dependence on oil and gas have experienced hardships,” Gude said.

But the oil and gas industry questioned the study’s findings and even the motives of the Headwaters Economics researchers.

Kathleen Sgamma, vice president of government and public affairs for the Denver-based Western Energy Alliance, labeled the group “biased,” as evidenced by the latest study, which she said is full of “sketchy economic methods” that ultimately “render this study of little use for policymakers.”

“The oil and gas industry has been one of the few bright spots in the economy and one of the few industries that have had serious job growth in the West and across the nation,” she said.

“I think they would like the West to be closed to most energy development” in favor mostly of tourism, she added.

But Headwaters Economics says the study is significant because it’s one of the few to take a “longitudinal approach” on the issue, particularly in light of the fact that “the long-term economic effects of local specialization in oil and gas development have not been thoroughly studied.”

For example, the authors write that it is the first study to “isolate a relationship between oil and gas and reported violent and property crime rates over a timespan encompassing multiple cycles of energy development.”

And the authors say the data analyzed in the Headwaters Economics study clearly indicate a relationship between a community’s involvement in an oil and gas boom and the subsequent negative impacts that affect per-capita income, crime rates and education.

“The magnitude of this relationship is substantial, decreasing per capita income by as much as $7,000 for a county with high participation in the boom and long-term specialization (greater than 10 years) versus a hypothetical identical county with only one year of specialization in oil and gas,” the study says.

“Similarly, we find that the shorter time a county has experienced above average levels of income from oil and gas, for increasing participation during the oil and gas 1980-82 boom, the higher the county’s growth in per capita income. This suggests that continued exposure to above average levels of oil and gas activity lowers per capita income growth, such that initial income gains erode and may eventually become negative.”

The reasons for this are tied to factors associated with the industry itself, such as an increased “reliance on a non-local workforce and changing wage structures, to the shifting broader economy and the diminishing role of energy production in it,” according to the study.