Community forum on pipeline opponents to be held Sunday 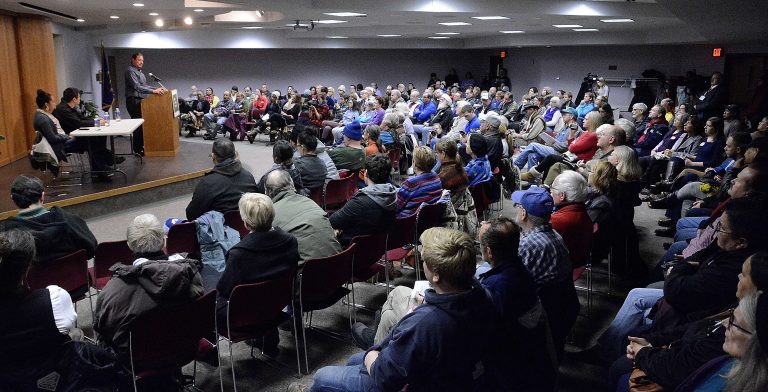 A community forum, “Who are the Water Protectors?” focusing upon the viewpoint of organized opposition to the Dakota Access Pipeline is scheduled for 2:30 p.m. Sunday at the Bismarck Public Library, 515 Fifth St.

“This is a chance for the public to get to see who they are, what they are doing and why they are doing it,” said Tara Houska, national campaign director of Honor the Earth, a Native American-led environmental nonprofit based out of the White Earth Reservation in northern Minnesota.

Houska, who maintains that protecting the water in the Missouri River is an issue for all people, will counter what she calls false reports about paid protesters.

“These are regular people,” said Houska, of the moms and dads, teachers, doctors and lawyers who have an interest in keeping the Missouri River safe as a water source.

“Most of the people are there because of their children’s future,” she said. “They are everyday people who are concerned about their drinking water and fuel extraction.”

Elizabeth Loos, an organizer for the Dakota Resource Council, said questions will be submitted in writing at Sunday’s forum.

“We’re trying to build bridges,” she said. “We believe it’s important to have this conversation between the community at large and supporters of the water protectors at Standing Rock.”

Loos said it is important the community hear from the DAPL opponents beyond images of people getting arrested. This is the second community forum for the DAPL opposition, and it is designed to create space for respectful community dialogue.

At a November event, there was standing room only when Tribal Chairman Dave Archenbault was the main presenter, according to Loos. This time, organizers want the audience to hear from a broader spectrum of people who oppose DAPL, she said.

The event is co-sponsored by Honor the Earth and Dakota Resource Council, which is a nonprofit, grass roots, activist organization, dedicated to empowering people to influence decisions that affect their lives and communities.