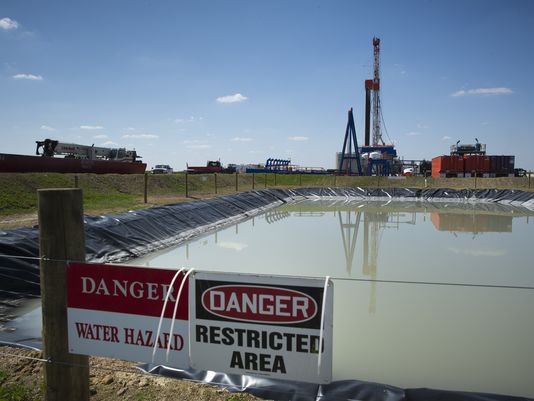 EPA proposed the rules in 2011 after becoming alarmed by the practice of some drillers in the Northeast, particularly in Pennsylvania, of sending their wastewater to sewage-treatment plants unequipped to handle the salts and sometimes even radioactive material in the waste (EnergyWire, Oct. 20, 2011).

The Office of Management and Budget completed its review last Monday. EPA Administrator Gina McCarthy signed the proposed rule Tuesday, and it is being prepared for publication in the Federal Register this month.

EPA has scheduled a public hearing for May 29 at EPA headquarters.

In its announcement this week, EPA said it doesn’t know of any shale drillers currently discharging to publicly owned treatment works, or POTWs. But it wants to prevent such discharges from happening in the future because they have happened in the past.

State radioactivity tests done in Pennsylvania rivers came back “at or below” safe levels. But the state asked drillers to stop shipping wastewater to treatment plants.

In most states, such wastewater has long been injected into deep underground wells rather than being sent to treatment plants. Many drillers are now also looking for ways to recycle the wastewater and use it in the hydraulic fracturing of other wells.