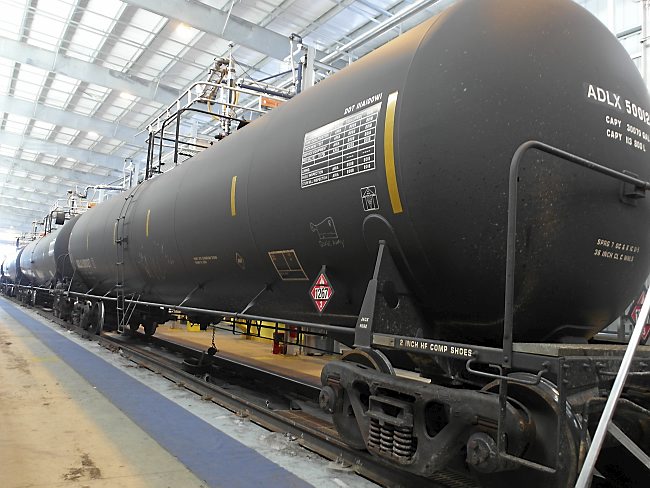 North Dakota regulators may require producers in the Bakken Shale oil field to reduce the volatility of their crude oil in an effort to make it safer to transport.

The state Industrial Commission will hold a hearing on the proposal in the next month, Republican Gov. Jack Dalrymple said Friday in remarks to a group of state and federal energy officials in Bismarck.

More than two-thirds of North Dakota’s oil is shipped by rail, and at least three crude-carrying trains have caught fire after derailing. One fire killed 47 people in Lac-Mégantic, Quebec, in July 2013, and a second fire occurred in December just outside of Casselton, N.D.

“This is one thing we can do as a state, and I think it’s an important thing to be able to tell people we have done everything we can feasibly do” to improve safety, Dalrymple said during a meeting on the Energy Department’s “Quadrennial Energy Review.”

The Industrial Commission proposal comes from a study by the consulting firm Turner Mason. It found that Bakken oil is no more volatile than other grades of light crude (EnergyWire, Aug. 5). However, it recommended using equipment that heats the oil to release flammable gases and letting the oil stand in tanks for a set amount of time.

Operators also shouldn’t blend Bakken oil with other types of crude or with other petroleum liquids, such as the liquids recovered from natural gas processing plants, the industry-funded report said.

The U.S. Transportation Department said in July that Bakken oil poses a greater safety risk than other types of crude because of its higher gas content and lower flash point, and because of the long distances it has to be hauled to reach refineries.

DOT has proposed rules to require stronger tank cars for oil transport and said it may make its own proposal on stabilizing crude oil (EnergyWire, July 24).