N.D. oil and gas agency growing with the boom – EnergyWire 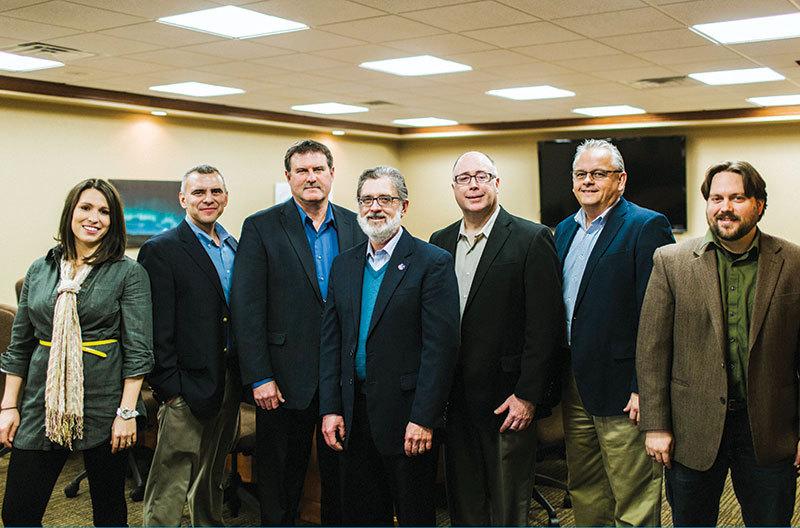 She cited a 2013 report from the Western Organization of Resource Councils indicating North Dakota has the lowest number of wells per inspector, 540. That ratio has been growing, but North Dakota’s is still well below the next lowest, Montana, with 1,573.

N.D. oil and gas agency growing with the boom

BISMARCK, N.D. — The Bakken boom has rippled across this state to its capital city.

There are new shops and restaurants downtown that locals attribute to the shale drilling boom. But out past the state Capitol, amid the chain stores, the state agency that oversees oil and gas drilling has had its own growth spurt.

The North Dakota Department of Mineral Resources (DMR) has roughly twice as many staffers as it had in 2006. Since 2012, it has been taking over a new building next to its longtime headquarters on the north side of the city.

Employees started moving in during 2012, and the department expects to someday take over the top floor, which is currently home to two engineering firms.

Walking through the wing where the permitting staff works on a recent afternoon, she said the expansion of real estate and personnel answers the question she frequently hears about whether the department can keep pace with the boom.

“We do have the best well inspector count in the nation,” Ritter said.

She cited a 2013 report from the Western Organization of Resource Councils indicating North Dakota has the lowest number of wells per inspector, 540. That ratio has been growing, but North Dakota’s is still well below the next lowest, Montana, with 1,573.

One wing of the new building houses the permitting staff, where eight people examine applications for permits to drill, Ritter said.

But some environmentalists say that whatever its staffing levels, North Dakota’s oil and gas agency is simply too cozy with industry to effectively protect the people and environment in the Bakken Shale region.

“The ‘develop as quickly and as much as possible’ portion of their agency mandate clearly dominates, regardless of the environmental and social consequences. I assume this applies to staffing questions, as well,” said Bruce Baizel of Earthworks. “More staff to process permits will do nothing to actually moderate impacts.”

Ritter contests that, noting that the state is strengthening its rules on flaring and pits, and that with the expansion of permit staff, the applications get multiple reviews.

“I think we have tough regulations where we need them,” Ritter said.

The agency now has more than 90 people, Ritter said, compared to the staff of 40 it had in 2006. And when the well count reaches 15,000, which should happen soon, the department is authorized to hire three more people.

The new building also has a new conference room, which replaces one that Ritter said was “stuffed to the gills.”